Green building standards on the blink?

Crucially, beginning this month, Bloomberg writes that buildings with the highest UK performance ratings are using far more energy than those with the lowest ratings, according to recent data. It’s a disparity that shows the limitations of current green building standards.

Bloomberg points out that a March 2021 government paper exploring alternatives to the current EPC ratings put it more bluntly: “In large and complex buildings in particular, the evidence is showing that there is almost no correlation between a building’s EPC score and its actual energy and carbon performance in practice.”

It appears the disparity between how buildings are designed and what their actual emissions are is widespread in the UK, according to recent findings from the Better Buildings Partnership, which analysed 2020 self-reported energy data provided for more than 1,100 commercial properties.

Commercial buildings regularly use more energy than their sterling eco-friendly labels would suggest. In fact, the analysis finds, the ratings are so far off that the median energy intensity for all B-rated buildings is higher than for C-rated buildings.

“We did the research and there’s very little relationship, if any at all, between the Energy Performance Certificates and the actual energy usage of buildings,” said Sarah Ratcliffe, the CEO of the Better Buildings Partnership, a non-profit coalition of commercial property owners in the U.K.

It also appears allowing bespoke controls systems to do their best work is key. “People move into a building and the first thing they do is turn the systems over to manual and undo all the work the system engineers put in place. It’s like buying a hybrid car and only running it on petrol,” says Simon Crowe, managing director of the Low Carbon Alliance, a British group that advises on sustainable buildings.

Kevin Cox, Managing Director, Energys Group, comments: “This is a fascinating story. Performance standards must be accountable across the board if we are to deliver energy efficiency and hence tread the right path to Net Zero. We urgently need sustainable, energy efficient commercial buildings.

“It’s all too true that you can’t manage what you can’t measure, so I will be watching the EPC space very closely as 2022 progresses.”

Carbon Brief analysis this month argues energy bills in the UK are nearly £2.5bn higher than they would have been if climate policies had not been scrapped over the past decade.

The government’s IETF Fund Phase 2: Spring 2022 is now open to applications and provides up to £60 million of grant funding for feasibility and engineering studies to enable companies to investigate identified energy efficiency and decarbonisation projects, prior to making an investment decision, plus deployment of technologies to reduce industrial energy consumption.

The UK government is being sued over its Net Zero climate strategy, which lawyers argue illegally fails to include the policies needed to deliver the promised cuts in emissions, writes The Guardian.

Court papers were filed early in January by ClientEarth (CE) and, separately, by Friends of the Earth (FoE). CE also claims the failure to meet legal carbon budgets would contravene the Human Rights Act by impacting on young people’s right to life and family life.

The Net Zero strategy was published in October and included commitments to end the sales of new fossil fuel cars by 2030 and gas boilers by 2035. But it did not spell out how the strategy would be delivered or specify the cuts in emissions to be achieved in each sector.

Instead, the lawyers said, it relied on speculative technologies such as zero-carbon aviation fuels and extracting carbon dioxide directly from the air and burying it.

The government’s official advisers, the Climate Change Committee (CCC), said in October 2021 that the Net Zero strategy was a “big step forward” and the most comprehensive among G20 countries. But its assessment also said: “The government has not quantified the effect of each policy and proposal on emissions. So … it is not clear how the mix of policies will deliver on its ambitions.”

The CCC also highlighted ‘a lack of policies’ on energy efficiency.

Finally this month, The Department of Business, Energy and Industrial Strategy (BEIS) is working with the OIT and UKRI to provide energy policy briefings for UK academics.

Briefings will take place on priorities for accelerating the journey to Net Zero buildings plus policy technologies and enablers required to improve energy efficiency and grow markets for low carbon heating.

The idea is to give academics more detail about energy policy priorities and create opportunities for them to engage with policymakers on energy policy research, plus improve collaboration. 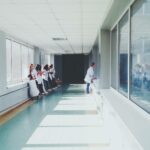 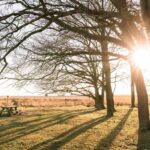