Just after last month’s Horizon Scan, the government made the historic announcement to set a target of net zero greenhouse gas emissions by 2050.

Framed as a promise to end UK contributions to climate change, Emma Howard Boyd, Chair of the Environment Agency, said:

“I’m delighted to see the Prime Minister set a legal target for the UK to reach net zero carbon emissions by 2050. This is not only the right thing to tackle the climate emergency for future generations but a huge opportunity to increase our energy efficiency, improve our resilience and deliver a greener, healthier society.”

As importantly, Boyd also said investing in zero carbon solutions is good for growth, boosting jobs and the economy, and it is cheaper for business, organisations and government to tackle climate change now than to manage its impacts in the future.

The Guardian noted that young people will advise ministers on how the UK should meet the target of ending carbon emissions by 2050; thirty people aged 15 to 24 will assess how the commitment by Theresa May should be met.

But it struck a note of realism, saying that while the commitment to net zero greenhouse gas emissions was described as “historic” by leading figures, the UK is not yet on track to meet its 2025 and 2030 goals, so a huge transformation of energy, transport and buildings is urgently required.

Concerns over the cost of meeting net zero also exist. But Lord Nicholas Stern at the London School of Economics said: “The Treasury should recognise that the significant investments required for the zero carbon transition will yield very substantial economic returns, such as reductions in air pollution and greater energy efficiency, as well as the avoided impacts of dangerous climate change.”

“This announcement is a game changer for UK energy efficiency,” comments Kevin Cox, our Managing Director at Energys Group.

“It means substantial investment in energy efficiency and associated low carbon technologies must ramp up immediately. It sets the direction of travel and a signal that these technologies will be the ones determining how the future UK does its day to day business.

“We congratulate the government on this bold move and will play our part in ensuring the swiftest transition to these essential new goals.”

Also this month, London Mayor Sadiq Khan has called for swifter action on buildings efficiency within the nation’s capital.

Khan said ministers must devolve powers to London to set meaningful carbon standards for its existing buildings, and put forward a ‘Green New Deal’ to create the jobs and changes needed to go net zero.

He also blamed Ministers for cutting domestic energy efficiency funding, arguing that, “They refuse to put in place the plans, action or funding we desperately need, often citing the costs to business and consumers as their pretext when we know the costs of not acting are far greater and far graver.”

MEES has an impact

Mondaq’s Businesss Briefing this month focused on MEES. It cited analysis undertaken by Estates Gazette of newly lodged EPCs, which suggests MEES has had an impact. It found that F-and G-rated buildings comprised just 4% of all new certificates issued between April and December 2018 (according to a FOI request to the Ministry of Housing, Communities and Local Government).

Mondaq concludes: ‘The very real likelihood of minimum standards being raised in the future should be borne in mind by landlords (and tenants) when considering the nature and extent of any proposed works to improve energy efficiency.’

The Building Controls Industry Association (BCIA) is encouraging people in the building controls sector to make one small change to their everyday lives, to improve energy efficiency in buildings and create a more sustainable future.

BCIA president Jon Belfied said: “I would like to challenge everyone in the building controls industry to share their own methods of saving energy in a building. Post it on Twitter, LinkedIn or your website with the hashtag #OneSmallChange and let’s see what we can learn from each other while collectively improving today’s commercial buildings.”

Late news in: the government has just released its new Green Finance Strategy. Much more on this later this month. 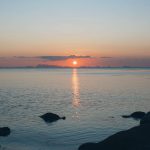 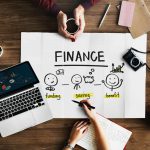