This August, Boris Johnson ‘slams on the brakes’ as questions remain over how quickly the country can return to any semblance of business as usual.

As August began, the BBC reported that any further easing of lockdown restrictions in England has been postponed for at least two weeks, after an increase in coronavirus cases.

The move has triggered debate over how quickly the UK’s economy has been reopening, and what a sustainable approach may be that marries caution with the need to get UK PLC up and running.

England’s chief medical officer, Prof Chris Whitty, warned the UK may have hit its limits on easing restrictions. Appearing alongside the prime minister at a special Downing Street briefing, Prof Whitty said the idea that we can open up everything and keep the virus under control is wrong.

“Energys will monitor the situation and update our customers on everything they need to know regarding our business activity,” commented Kevin Cox, Managing Director, Energys. “Within this constantly changing scenario, regular and effective communications are key to keeping businesses operational.”

2033 negative carbon on the cards

In much needed good news, The Guardian reports that UK electricity carbon emissions could turn negative by 2033, says National Grid.

National Grid expects a revolution in consumer energy use, including significantly better energy efficiency and the end of gas boilers.

Mark Herring, the head of strategy at National Grid ESO, told the broadsheet: “The pandemic may hasten the UK’s climate ambitions by using government stimulus packages for clean energy and energy efficiency measures to spur a green economic recovery.

“While Covid-19 came too late to be factored into this year’s analysis, many of the areas highlighted will be crucial in a green recovery from the pandemic, particularly improving energy efficiency across all sectors and significant investment in low carbon electricity generation,” he said.

But the Covid carbon break appears over…

Against the positive 2033 backdrop, The Guardian also reports that the UK’s carbon emissions have begun to rebound following the easing of Covid-19 lockdown measures, causing the “carbon savings” triggered by the coronavirus to halve within weeks.

In a stark illustration of how rapidly carbon can rebound, an analysis by Sia Partners, seen by the Guardian, shows that the UK’s carbon emissions fell by 36% in the first four weeks of the lockdown compared to the most recent official carbon emissions data collected in 2018.

But by June Britain’s total emissions savings had dwindled to a 16% drop as more cars returned to its roads and demand for energy began to rise.

EDIE reports that Mayor Sadiq Khan and the London Recovery Board have jointly launched a £1.5bn infrastructure investment package, designed to reduce the city’s emissions and water footprint while kick-starting the local economy as lockdown eases.

“The specifics of this funding are yet to be revealed, according to the media,” comments Kevin Cox.

“This being the case, we would urge Mr. Khan to consider building energy efficiency support into his efforts to put the capital on a greener track. We know low carbon energy efficiency represents exceptional value for money, and contributes hugely to lowering emissions rapidly.”

A Carbon Brief story reveals that, according to the latest National Grid “future energy scenarios”, three routes to net-zero vary in their level of societal change and reliance on hydrogen, but all require large gains in energy efficiency and heavy electrification of transport.

Each year, National Grid publishes four scenarios for the UK’s future energy supply and demand, based on its own modelling and consultation with the energy community.

One of this year’s scenarios reaches net-zero emissions by 2048, which National Grid describes as the “fastest credible decarbonisation” pathway.

This prediction involves significant levels of societal change, with shifts away from private car use and big improvements in home energy efficiency. A common thread running through all of the net-zero scenarios is a large increase in energy efficiency, which is seen as a prerequisite for meeting domestic and global climate goals.

“At Energys Group, we are of course 100% behind net-zero,” says our MD Kevin Cox. “But we must not underestimate how tricky this will be to achieve.

“Of course, energy efficiency is a massive part of the palate of solutions that will get us there. But we need solid leadership and a fearless determination to do what is right to keep us on the low carbon path too.” 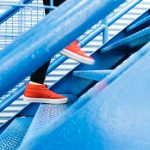