Following a successful LED conversion project by Energys Group in 2015, 2016 has seen the East London college make a further investment in the latest Energys lighting technology.

Energys estimates that combined savings of the two projects will be £95K per year.

During the second half of 2015, Hackney Community College (HCC) in Shoreditch, East London, implemented a substantial lighting upgrade that resulted in more than 4,900 lamps being converted to LED. The new systems were supplied and installed by Energys Group, which also provided boiler optimisation controls and specialist insulation as part of a far-reaching energy efficiency initiative.

With expected annual savings of £70,000 and a return on investment (RoI) of only 2.8 years on the lighting side of the project alone, its impact has been significant. It is perhaps unsurprising, then, that HCC recently decided to move ahead with a second lighting upgrade – this time focusing on internal spaces not covered by the earlier project, as well as external areas of the campus. 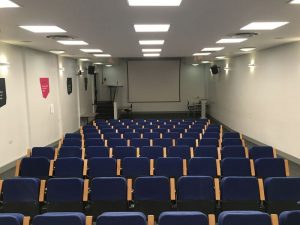 “The Energys LED lighting has brought a definite, cost-efficient improvement to the quality and comfort factor of lighting inside the college, and it made sense to optimise the remaining areas in a similar fashion,” says HCC Communications Director Ruth Lomax. “This time work focused on the dance and performing arts studios, a number of classrooms and offices, corridors, and outdoor areas of the campus.”

Energys’ Business Development Manager, Raj Gunasekaran, adds: “As with the previous project, it was evident that the latest generation LED lighting could deliver significant cost reductions for the college. We specified a number of our most popular current products during the Phase Two upgrade, which took place over the course of four weeks in autumn 2016.”

As in Phase One, Energys was able to bring its comprehensive knowledge of the Salix funding scheme to the table. Once again, the college secured financial assistance under the Salix College Energy Fund with the assistance of the Energys team. 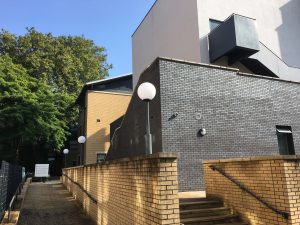 The project was completed to a stringent and quick-turnaround timetable, but its benefits are likely to be long-lived indeed. Energys estimates that the new internal lighting will save the college £16K a year, with a return on investment (RoI) of 2.6 years. Meanwhile, forecasts indicate that the new external lighting will save £9K a year, giving the college an RoI of 4.5 years.

“These are compelling figures,” says Gunasekaran, “and underline the benefits that LED lighting has both in terms of immediate and longer-term energy savings. With increasingly stringent carbon targets in mind, more and more schools and colleges are now converting to all-LED infrastructures, and we expect that trend to intensify in 2017 as awareness continues to grow.”

The college is full of praise for the Energys team’s ability to supply and install such a substantial amount of new lighting technology in what was a very limited timeframe. “The project went smoothly and there was no impact on college activities,” said Ruth. “But above all we would highlight the quality of the new lighting – it is much more consistent and comfortable for staff and students.

“We had high expectations of Energys and its LED lighting systems after Phase One, and we am delighted to confirm that they have been fully satisfied.” 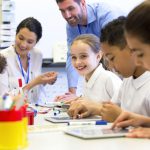 How to save energy in schools: a guide for school governors 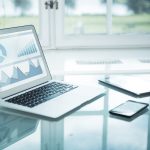