The NHS could save “several hundred million pounds” on energy bills if hospitals compared their energy costs.

That’s according to the latest NHS interim evaluation: ‘Review of Operational Productivity in NHS providers’.

The paper states: “During a recent merger between two NHS providers, it became apparent one provider’s energy costs were much greater than the other’s.”

This was because of excessive oil use due to the age and condition of the boiler which the hospital was unaware of before the merger.

It added: “In terms of total running costs, if all hospitals reduced costs to match the average of their peers, the NHS could save several hundred million pounds.

“We need to do more to understand this opportunity. Accepting there will always be differences between hospitals in this area, simple comparisons do reveal opportunities.” 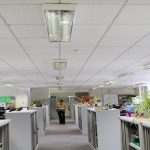 Retrofit technologies can pave the way for energy savings beyond the first stage of ESOS, advises Energys 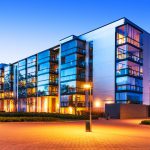