The trackers offer insights into UK energy issues among the public, providing fascinating glimpses into everyday understanding of energy. What do the latest numbers show?

The public’s views on energy

On energy security, levels of concern remain consistent with those a year ago, though they have decreased considerably since the last survey. Meanwhile, those of us who give genuine thought to saving energy remained very stable since last year.

On renewables and nuclear, renewables support has been consistently high, with 77% expressing support. The latest figures report 35% support nuclear energy with 21% opposed.

Elsewhere, relatively fewer people are worried about energy bills, and on suppliers and switching, numbers planning to switch energy supplier in the next year remained stable compared with last year.

Shale gas remains unpopular; 48% neither supported nor opposed it, but of those who did offer an opinion 33% opposed it, with 16% supportive.

The most common reason for supporting fracking was the need to use all available energy sources (42%).

Worries over paying for energy bills have dropped to their lowest since the tracker began, with only 20% either very or fairly worried.

On billing itself, we remain likely to trust suppliers to provide a bill which accurately reflects energy use (69%), and to provide a breakdown of the components of bills (70%).

“If anything, we would like to see more questions on efficiency and low carbon. This would help spread awareness in addition to generating valuable insights.”

Click to find out more about Energys Group’s expertise in low carbon solutions. 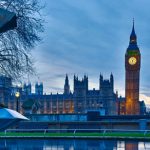 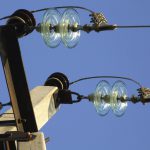