Colman’s, part of Unilever, has reduced lighting energy consumption at its Norwich site by a staggering 39%, saving more than £45,000 a year, as a result of a project to convert its outdated fluorescent lighting using retrofit T5 converter, Save It Easy® from Energys Group.

•    3,892 Save It Easy converters allowed energy-efficient T5 lamps to be slotted into the existing light fittings.

Colman’s, producer of sauces, condiments and (of course) mustard, chose to tackle its carbon footprint by targeting energy waste from lighting. At its processing site in Norwich, the outdated fluorescent lighting fitted throughout was a huge energy drain. However, energy-efficient T5 lamps are incompatible with the old-style fluorescent fittings. Ripping out and replacing thousands of light fittings, in order to install newer lamps, was simply not feasible for Colman’s.

Unilever is subject to the Climate Change Levy which means the company is always looking for new ways to reduce its energy use. However, demanding production schedules mean that any works have to be as non-disruptive as possible.

In order to minimise the amount of disruption involved, Colman’s identified a retrofit solution for upgrading its lighting. By using the plug-in T5 adapter, Save It Easy from Energys Group, Colman’s was able to slot the new, energy-efficient lamps into the existing light fittings. Using this method, 3,892 light fittings were upgraded across Colman’s Norwich site, an installation carried out by Energys engineers.

“Balancing production schedules and tight timescales during the installation phase was a challenge,” comments Energys Group Technical Director, Kevin Cox. “Inevitably, there were some difficulties, but the Energys team worked closely with the customer to overcome those difficulties.”

In addition to installing Save It Easy, the Energys engineers were also able to change the light diffusers in the culinary department, which has made a huge difference to the quality of light.

In terms of energy savings, the project has also been a huge success. Colman’s has achieved estimated lighting energy savings of 39%. As a result, the company is saving approximately £3,795 on energy bills every month – a massive £45,540 every year. What’s more, by netting annual CO2 savings of 266.71 tonnes, Colman’s is making a real contribution to meeting both its environmental legislation commitments and its parent company’s targets. 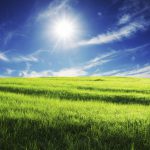