We round-up the key issues in energy which the UK’s political parties are grappling with at their respective conferences.

According to this i news briefing, MPs of all parties are demanding Theresa May keeps her promise to curb big energy price rises.

It claims Theresa May is facing a growing Tory rebellion before her party’s conference, over failing to act on a manifesto commitment to cap electricity and gas bills for 17 million families across the UK.

The government signalled on Thursday 28 September that it was prepared to legislate to curb excessive price rises if the regulator Ofgem failed to produce adequate proposals to combat profiteering.

Metro writes that John McDonnell has confirmed that Labour will re-nationalise railways, water, energy and Royal Mail, if in power.

“Building an economy for the many also means bringing ownership and control of the utilities and key services into the hands of people who use and work in them. Rail, water, energy, Royal Mail: we’re taking them back.” he said.

Richard Black, Director of the Energy and Climate Intelligence Unit, says feedback from MPs suggests it is difficult to predict what will be happening in Parliament over the next couple of months following conferences. “The prime ministership is very fragile,” he told Utility Week.

But others are more candid; saying there’s little doubt which issue will be most on Tory activists’ minds when they assemble in Manchester. “The Tory party will be dominated by Brexit, I’m afraid,” says Tim Yeo, the Conservative former Chairman of the Energy and Climate Change Select Committee.

However, Luke Clark, Head of Public Affairs at Renewable UK, believes the consensus around the need to decarbonise the energy mix has strengthened over the past year.

“Across the parties there is a very strong majority in favour of continued development of renewables. Very few fringe voices are questioning the direction of travel,” was his takeaway for Utility Week.

5. Nuclear is in the mix

The sense is that nuclear power will continue to be under the spotlight at the Tory conference, with environmentalists calling for a rethink of government support following the dramatic reduction in offshore wind prices thrown up by the recent contracts for difference auction.

The nuclear lobby will be heartened that BEIS Secretary Greg Clark’s biggest energy speaking slot on the Tory fringe will be an hour-long Q&A at a Nuclear Industry Association meeting.

“There’s so much electricity capacity coming off in the next 10 to 15 years that we need to develop all of the low-carbon options available to us and that includes nuclear,” says Peter Haslam, Head of Policy at the Nuclear Industry Association.

Energys Group are experts in delivering energy efficient technologies. We’d be delighted to talk about any of the issues and themes covered in this article. Give us a call for a chat. 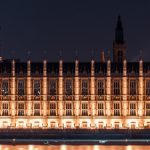 What does London's Draft Environment Strategy hope to do? 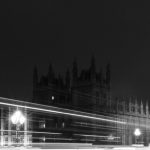