London’s Mayor, Sadiq Khan, published his draft London Environment Strategy in August. Right now, it’s out for consultation, and all Londoners can have their say.

Khan promises to tackle the urgent environmental challenges facing the capital, as well as safeguard London’s environment over the longer term.

Half of Londoners have poor access to public open space, and water demand is set to outstrip supply by 2025.

Further, carbon dioxide emissions are way too high, and in some areas the city’s electricity infrastructure is approaching full capacity.

Interestingly then, some of London’s major challenges are identical to those facing the UK as a whole. It’s to be hoped its Strategy can act as a test-bed, for rollout across many other areas.

In another interesting coincidence, the Strategy sets out its overarching vision for London for 2050, the same year the UK Carbon Budget targets kick in.

By 2050, London will be a zero carbon city, with zero emissions transport. London will send zero waste to landfill by 2026 and recycle 65% of its waste by 2030.

More than half of London will be green by 2050, featuring new parks and biodiversity. The Mayor’s new Energy for Londoners programme will help Londoners and businesses to generate more renewable energy.

In this new capital, tree canopy cover will increase by 10% by 2050. London will have the best air quality of any major world city by 2050, going beyond the legal requirements.

London’s transport system will phase out fossil fuels including diesel, making the whole bus fleet zero emission by 2037 at the latest. The Ultra Low Emission Zone, by 2019, will deter the most polluting vehicles from entering the capital. 2,000 EV charging points will appear.

The analysis; can it happen?

Khan’s promise is immeasurably challenging. Remodelling every facet of a city London’s size for zero carbon in 30 years is a vast undertaking.

His full Strategy document numbers some 200 pages; worryingly any high quality, deep strategy document or review on London’s energy alone should take at least this many pages.

Add in a missing 200 pages for a deep review on waste and water, let’s say about 100 for air and another 100 for vehicles and the deeper insight, or cohesive plan behind the promises begins to appear very lacking.

But, in many senses this is an aspirational plan. Zero waste, included in its promises, has always been an idealistic idea.

Further, any environmentalist knows London’s 2050 success, given its size and infrastructure, depends on myriad factors way outside the Mayor’s direct control, or that of his Strategy.

What matters may not be Khan’s deep understanding or detail, but his top level desire and willingness to transform London into one of Earth’s greenest cities.

That is worthy of high praise indeed; but the path to getting there, one suspects, needs stronger foundations than this one document.

We hope you enjoyed this article? Please drop us a line if you’d like to chat about any of the issues and themes covered we’ve covered. 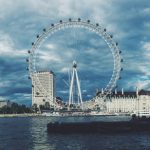 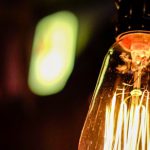