Ahead of the UN COP25 Climate Change Conference in Madrid 2-13 December, the EU Parliament has approved a resolution declaring a climate and environmental emergency in Europe.

It calls for all relevant legislative and budgetary proposals to be fully aligned with the objective of limiting global warming to under 1.5 °C. Additionally, it says the EU should cut emissions by 55% by 2030 to become climate neutral by 2050.

The BBC writes that atmospheric concentrations of carbon dioxide and other greenhouse gases once again reached new highs in 2018.

The concerning news reveals that since 1990 there’s been an increase of 43% in the warming effect on the climate of long lived greenhouse gases.

“The data we have points to solutions like energy efficiency as fundamental to stepping up the pace of our efforts on climate,” comments Kevin Cox, our Managing Director at Energys Group.

“We are not doing enough to arrest rising gases, and hence temperatures. The low carbon tech to help with this challenge already exists and is available at increasing scale and lower cost than ever before.

“Energys is here to help hasten efforts to reduce emissions and rising temperatures while also growing the greener economy we so badly require.”

Energy Live News writes that the UK can reduce its energy demand by 60% and reach net zero using existing technologies, without relying on carbon capture and storage (CCS).

The suggestion, from the Centre for Alternative Technology (CAT), argues that to reach a carbon-neutral economy by the planned deadline of 2050, it is necessary to ‘power down’ energy use through increased efficiency and behaviour change, while ‘powering up’ clean renewable energy supplies and transforming land use.

“By modelling a zero carbon scenario using only technology that is ready to be rolled out at scale, CAT’s research shows that there is no good reason to take this risk. We have the technology to combat climate change and we can start today.”

Energy UK has released its manifesto to provide policy guidance for the next government.

The trade body has outlined investment in low carbon generation, the EV rollout, energy efficiency, building standards and ensuring a fair transition as the key areas the new government must focus on to achieve net zero.

“Committing to a National Energy Efficiency Programme would deliver swift rewards and there could be no better way of showing just how net zero can benefit us all,” said Energy UK Chief Executive, Lawrence Slade.

The government has launched its Net Zero Review. The paper will assess how the UK can maximise economic growth opportunities from its transformation to a green economy.

A final report will be published in autumn 2020, ahead of the UK hosting the UN climate change conference in Glasgow in November next year. 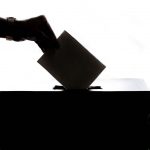 This winter, the prospects of an election loom long over energy efficiency 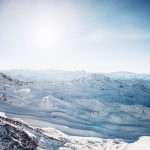