As we kick off 2020, we thought it might be a good idea to remind ourselves what an extraordinary (and sometimes turbulent) year 2019 was for the low carbon economy. Politically, so much happened.

In what was framed the most important Election of a generation, Boris Johnson and the Conservative party secured a landmark victory, and look set for another long spell in power with a commanding Commons majority.

The implications for energy efficiency and low carbon as yet remain unclear, however the stance for many in the business community may simply be a desire to get back to work as normal.

If the Conservatives can fulfil on ‘work as normal’ for 2020, and manage to push Brexit along without derailing all alternative governance throughout the year, then the hope of a return to some kind of normality may be about to become reality.

Labour’s relative collapse makes for a newly rebalanced Commons, where the opposition will struggle to prevent Johnson pushing his chosen policies through. Energys Group advocates for a strong positioning for low carbon among Conservative minds as 2020 begins.

In the first salvo of post-Election change, edie is reporting that Prime Minister Boris Johnson is planning a sweeping array of reforms to key Government departments after his victory, including the reinstatement of a Department of Energy and Climate Change (DECC), according to several reports.

Edie claims The Times and The Daily Mail have been told by sources close to Number 10 that Johnson is planning a string of major Whitehall reforms once the Government has passed its Withdrawal Agreement – the document which should, now the Conservatives have a large majority – see the UK leaving the EU by the current 31 January deadline.

Sources close to Johnson have claimed that he and key advisor Dominic Cummings believe re-instating DECC will better position the Government to deliver on the Tories’ campaign promises and priorities, including the delivery of a Net Zero national economy by 2050.

In more evidence that the wheels of power are once again turning, the Government has announced a consultation on tightening minimum energy efficiency standards,, with potential changes expected in 2020.

The government has committed to support businesses to reduce their energy use by at least 20% by 2030, the paper begins.
‘This consultation seeks views on how best to improve the energy performance of non-domestic private rented buildings through tighter minimum energy standards. Acting now to set a clear long-term trajectory to 2030 is designed to provide time and certainty to non-domestic landlords, businesses and the energy efficiency market in delivering the energy savings to support a zero-carbon future.’

“We welcome any changes that advance the transition to energy efficiency and ready both business and country for the climate challenges ahead,” comments Kevin Cox, our Managing Director at Energys Group.

“Perhaps this new consultation is just the start of more advanced low carbon law the new Government will deliver in 2020?” he ponders.

Queen gets behind energy efficiency

Finally for 2019, The Queen has mentioned energy efficiency in the legislative plans within the Queen’s Speech.

The BBC’s Environment Analyst writes that environmentalists have welcomed many of the provisions of the new environment bill. Equally, the headline commitment to reduce the UK’s carbon emissions to Net Zero by 2050 is still solid.

Campaign promises of new cash for flood defences, electric vehicles, and energy efficiency in homes, schools and hospitals are repeated; the BBC says the key test will be how they are delivered.

And to our friends…

Energys looks forward to working with you all through 2020 to further the low carbon, energy efficient agenda the UK, and indeed the planet, so badly requires. Happy new year everyone. 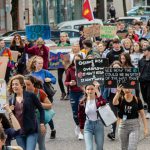 As the EU declares a climate emergency, we overview the trending efficiency stories this month 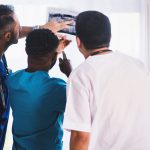