This month, the news is full of talk about the impact the energy crisis is having on local authorities. Facilities Management Journal says that more than two fifths of councils have warned they will be unable to pay their energy bills, unless work is carried out on many of their buildings to make them more energy efficient.

A new poll carried out on behalf of construction firm, Willmott Dixon, shows that 44 per cent of councillors admit that unless work is done to retrofit and decarbonise their building stock, utility bills will soon become unaffordable.

Some 15 per cent have even warned that their public buildings would become unusable. The polling also reveals that more than four in five (82 per cent) councillors in England say their local authority has a plan in place for delivering on their Net Zero commitment.

But, recent analysis by the Local Government Association (LGA) suggests councils will face a £3.4 billion funding gap in 2023-24, rising to £4.5 billion in 2024-25. The Government has estimated that the cost of decarbonising UK public sector buildings is estimated to be £25-30 billion. Without this investment, the UK will fail to meet its aim of Net Zero emissions by 2050.

The report shows that almost a third (30 per cent) of councillors rank retrofitting and decarbonising existing buildings as their top priority for low carbon infrastructure projects. But the polling reveals that more than half of councillors (56 per cent) do not know what their council’s budget is for retrofitting and decarbonising their public building stock.

Kevin Cox, Managing Director, Energys Group, commented: “This crucial report illustrates the challenges councils up and down the country face in both meeting bills and making public buildings better.

“We are on hand to help with fast wins on efficiency and retrofits within the sector, but it’s key that monies are aligned and targeted correctly. When this happens, the public benefit from better, more comfortable and more modern buildings, while the spend on energy lowers which is to our mutual advantage.”

Find out more about the many ways we have supported the UK’s Public Sector with decarbonisation and energy efficiency projects.

Both the Financial Times and The Architects Journal write that in a January 5 report, The Environmental Audit Committee says: ‘A national war effort on energy saving and efficiency is required.’

The committee criticises the government’s British Energy Security Strategy, arguing that it should have ‘placed far greater emphasis on energy saving measures’. The Strategy was published last year following a sharp increase of energy prices after the Russian invasion of Ukraine.

It also pointed out that the government’s pledge to spend £6 billion on energy efficiency funding will not come into effect until 2025.

Commenting on the recommendations, RIBA president Simon Allford said: “This report echoes our concerns that the government’s British Energy Security Strategy was a missed opportunity to reduce energy demand – which is vital to decreasing our reliance on fossil fuels.”

The FT wrote analysts have consistently stressed the urgency of making all UK buildings more efficient.

The British Chambers of Commerce (BCC) writes that the announcement from government on a new energy support package for businesses will have telling impacts.

BCC Director General, Shevaun Haviland, said: “Despite government efforts, an 85 per cent drop in the financial envelope of support will fall short for thousands of UK businesses who are seriously struggling.

“Many businesses have been fighting for their survival for months, and rising energy costs have fast become the tipping point. While we welcome the 12 month duration of this package, its value is nowhere near far enough and means that for some firms, energy will now be a cost too far.

BCC argues government should launch a national campaign with support initiatives for businesses to drive down current consumption through energy efficiency measures, such as green grants and tax incentives.

The Guardian said the £5.5bn of ‘transitional’ help for 12 months from 1 April was framed a ‘huge disappointment’ by small firms.

But schools can apply…

Meanwhile, Schools Week notes that the current £18 billion Energy Bill Discount Scheme, which includes schools, runs out in March 2023. The government had been giving mixed messages about whether schools would continue to be supported after the scheme ended.

But the new ‘Energy Bills Discount Scheme’ which will run until March 31 next year, includes businesses, charities and the public sector. The Treasury confirmed this includes schools.

Under the new scheme, only those paying above £107 per megawatt hour for gas or £302/MWh for electricity will receive help, automatically applied to bills. The previous scheme had significantly lower thresholds of £75 per unit of gas and £211 for electricity.

Schools Week says price thresholds are around half of what schools renewing in August faced when the market spiked, keeping their costs down. But the government is no longer guaranteeing it will cover all costs.

For any school struggling with the price of energy – feel free to contact our Education Team to find out how we can support you with decarbonisation over the months ahead.

The UK Green Building Council says the government has made an alarming lack of progress in decarbonising the built environment over the past year.

Its most recent scorecard shows most government proposals or plans fail to deliver progress towards or even actively hinder a Net Zero carbon built environment.

Julie Hirigoyen, Chief Executive at UKGBC, said: “Bold ambitious government policy to decarbonise the built environment is a huge opportunity for the economy and for green businesses, yet our analysis shows it is largely missing within the current government’s agenda.

“Most areas of policy we have scrutinised have come back red rated, meaning detailed policy frameworks are largely missing, flawed, or do not put the UK on the path to meeting our climate commitments. In the last year we have seen baby steps when we need giant leaps.” 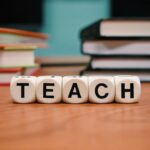