This month, our energy horizon scan is focused on the ‘elephant in the room’ that is dominating many of the UK’s major news outlets including the BBC, The Guardian, and The Independent. An iceberg is looming and it’s shaped like an immovable energy crisis that is looks to hit every school in the UK.

Throughout the media, Heads and Bursars are calling attention to the brutal impact that the energy crisis could have on schools – and the children who attend them. The budget for teacher salaries, heating, and other curriculars are at the mercy of extortionately high energy bills.

But, how dire could the situation get, and is the government doing enough to provide aid?

One big-headline example is a South Gloucestershire school trust. Coming to the end of its energy contract, it was quoted a 414% rise in its energy tariff for this academic year. The school is expecting energy costs to increase from £38,000 to £196,000. For many, increases like these simply aren’t feasible. Or sustainable.

“We’ve got reserves for one year, but if this situation goes on you’re looking at a poorer level of education for kids, we’ll be bankrupt,” said Rod Sims, Head of York High School.

Nine out of ten schools in England will run out of money by the end of the next academic year as a result of increasing energy bills and the new teacher salary rise, says a startling headline from The Guardian. Many schools are on the cusp of their budgets, entirely overwhelmed and forced to make impossible decisions. Government support simply is not sufficient.
Paul Whiteman, general secretary of the National Association of Head Teachers, said, “Schools are cut to the bone. This will mean cutting teaching hours, teaching assistants and teachers.”

As a result of high energy bills and lack of support, teachers and students are paying the price.

The threat to teacher salary

A 4% pay rise of teacher salaries is causing additional stress on an already tight budget. While the UK government will increase the school budgets by £4 billion pounds this academic year in hopes of easing the burden, many schools still do not see a clear way through the situation.

Even with the help of the energy price cap and the new budget, “many schools will still find they are left facing much higher bills than budgeted for, which will necessitate extensive cuts to their educational offer,” said the General Secretary of the National Association of Head Teachers.

Meanwhile, the Worcestershire Association of Secondary Head Teachers wrote an open letter to MPs, declaring that, “Schools face a choice between cuts to staff or maintenance.” It’s question forced MPs to consider why should schools be forced to chose between two seemingly vital necessities: heat and staff? In such tough times, schools are getting desperate.

“A national response is needed”

In an attempt to keep children warm this winter, some organisations are calling for improved energy efficiency in schools. One such movement is Let’s Go Zero, a campaign uniting schools to reach carbon zero. Let’s Go Zero are calling for the retrofitting of educational buildings so that schools will stop leaking heat, reduce carbon emissions, and save money.

“Winter comes every year, so we need ambitious intervention from the new Secretary of State for Education…,” says Alex Green, Programme Manager for Let’s Go Zero. “This needs to be a national emergency response.”

Despite knowing that action items such as retrofitting could solve a massive portion of the energy crisis, the UK is still lagging behind in addressing energy efficiency. Less than 1% of existing buildings in major economies are being given the necessary retrofitting upgrade annually.

Some schools are already turning to more long-term alternatives, such as paying for insulation and a re-covered roof to help retain heat inside the buildings.

While schools wait desperately for further aid from the government, winter is getting closer and buildings are getting colder.

If your school or college is worried about the winter ahead and is looking for new ways to reduce energy demand, Energys Group is here to help. We are one of the UK’s leading experts in delivering energy efficiency into the Education sector. Since 2005, we have helped over 1000 cost-conscious schools, academies and colleges to save money and reduce carbon emissions in their drive to Net Zero. We have delivered scores of projects under the Public Sector Decarbonisation Programme – and we are a trusted Framework and delivery partner to many local authorities and Academy Trusts (why not take a look at our Education Case Studies). Drop us a line or give us a call. 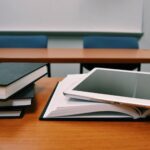 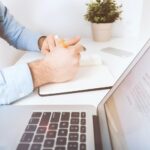