By any standards, the UK’s vote to leave the EU represents a watershed in European history.

Originally conceived to prevent future wars and unify Europe economically, the EU has since been accused of lack of transparency and burdensome red tape. Equally it has created a viable path to low carbon and some of the most progressive environmental legislation on Earth.

Now, we are all wondering what the future looks like for the low carbon economy in a Brexit world.  One thing’s for sure, the green tech sector is taking up its positions. We find out what’s the mood in the low carbon camp?

“Over the coming months we all need to demand that the government replaces European regulations protecting nature with new UK laws that are just as strong,” John Sauven, Executive Director, Greenpeace UK, told EDIE.

“Leaving the EU is likely to put an upwards pressure on energy bills, partly due to the direct financial costs of Brexit and also the impact of reduced investor confidence,” argued Richard Black, Director, Energy and Climate Intelligence Unit.

“The referendum vote in favour of the UK leaving the EU raises significant questions for businesses, professionals and the wider public on environmental protection policy.

“In establishing the UK’s future direction, Government must develop progressive policies for the UK to transition to a low carbon, resource efficient and sustainable economy which delivers real social value over the long-term,” said Martin Baxter, Chief Policy Advisor, IEMA.

“A total withdrawal with no EEA membership would lead to significant risk [of] both rising energy costs and security of supply,” reasons Melanie Kendall-Reid, Compliance Director, CARBON2018.

Business shocked at future outside EU

“Voters have made their views known on Britain’s future out of Europe. We respect that democratic decision of course, but it leaves me shocked, disappointed and extremely concerned about the future of environmental protections in the UK,” said ClientEarth Chief Executive James Thornton.

“Showing its commitment to the Climate Change Act by adopting the fifth carbon budget and a robust carbon plan to deliver it and making rapid progress on a 25 year plan to improve the state of the UK’s natural environment must now be essential priorities for the government,” comments Nick Molho, Executive Director, Aldersgate Group.

“About 70% of our environmental safeguards and legislation is European legislation – and this is now at risk,” Craig Bennett, CEO of Friends of the Earth, told The Guardian.

“Early indications are that 70% of 18-25 year olds, the generation of voters most affected by the environment crisis, voted to remain.

“Friends of the Earth believes passionately in democracy, and we will now strive with all our might to make Brexit work for the environment. But we’re going to be doing it from the grassroots up.”

To achieve this will be a lot of work. Disparate sectors, leaders and even a disparate UK society, polarised by age and demographic, must somehow pull together.

But for industry, environment and voters of both sides a cohesive effort forwards, protecting green jobs and the green, circular economy of tomorrow is needed. 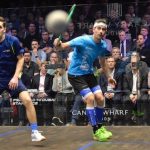 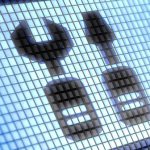