As we write, The Bonn Climate Conference is ongoing; and is due to conclude today.

A lot of very negative headlines on rising C02 emissions have galvanised the event. 2017 looks set to be among the hottest 3 years on record, after C02 surged to a record high in 2016.

So while solid work is being done, the reality is there’s a huge distance to cover before emissions are meaningfully controlled, and the mantle of action will likely fall on the world’s businesses.

What needs to happen at Bonn?

There’s huge focus in Bonn to prove the US move out of the Paris agreement won’t derail progress. But, there’s a great deal else delegates need to achieve.

Speaking of the US, The New York Times writes that much of the crucial work at Bonn will happen behind closed doors, as diplomats try to build on the initial Paris agreement, crafting new rules and guidelines that, they hope, will help turn hazy national promises into concrete action.

One widely recognised problem with the current Paris pledges is they’re fairly vague. Pre-Brexit, the European Union vowed to cut emissions 40% below 1990 levels by 2030, but offered few specifics on how to achieve that goal.

EDIE explains that the thousands of representatives from 195 countries are gathered in Bonn from November 6 to work on a ‘rule book’ for implementation of the Paris Agreement.

Essentially, the summit is expected to lay the groundwork for the rules and guidelines which will need to be established by each country before December 2018’s COP24 summit in Katowice, Poland.

“This nitty gritty is the key to actually reducing carbon,” comments Kevin Cox, Energys Managing Director. “When you take the pledges and run with them in terms of solid policy, you start to see the concrete low carbon landscape emerging.”

What exactly will be ready by the end of Bonn?

This is impossible to say, but remember the aim is that new rules to make the Paris pledges more useful will be here by 2018, so we might see some detail on these emerging by the end of the conference.

Of course, there is one major risk at Bonn. Following the US moves to denounce the Paris agreement, there is a concern that other countries will follow suit.

It’s to be hoped that this does not happen, but if it does, all progress could be derailed. This is unlikely, especially given Chinese positivity and a new sense of global statesmanship emerging from China in the nationalist wake of President Trump.

But even delays, or perhaps an uncommunicative US presence at the event might slow progress, and as more and more of the world’s leaders agree, time is not on our side.

“We need the new rules which make the Paris promises more coherent, and we need them soon,” says Cox.

“Without these it’s difficult to sense where the future will lie. Of course the UK has its own rules and we are setting our own path to low carbon. But we need to see our role within a global context and to do that we need to see movement on the concrete actions to deliver the Paris sentiments.”

An endgame at Bonn?

But we might just get a glimpse of how the world plans to make Paris promises real, and how that will impact at home.

And this, ultimately, will affect the global low carbon market, which will also feed into how the UK’s low carbon futures play out.

As ever, everything is at stake as the world continues its battle to put C02 on the back-foot.

We hope you enjoyed this article? See more of energy policy articles here. Please drop us a line if you’d like to chat about any of the issues and themes covered or to find out more about our energy saving technologies. 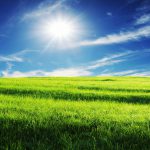 The IFC says energy efficient buildings could drastically cut global C02, but policy and standards must step up also 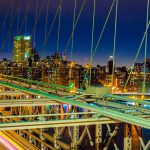