This March, welcome news has come that the UK will hold firm to it’s world-leading stance on sustainable regulation.

Business Green reports Theresa May has given the clearest indication yet of her intention to minimise post-Brexit disruption for the green economy, promising to maintain environmental standards and work as closely as possible with key EU energy and environment agencies post-Brexit.

The Prime Minister made the green promises as part of a speech on the UK’s future economic partnership with the EU.

She did not specifically name any new binding commitments, but reiterated the government had no intention of rolling back environmental protections.

“In areas like workers’ rights or the environment, the EU should be confident that we will not engage in a race to the bottom in the standards and protections we set,” she said.

“There is no serious political constituency in the UK which would support this – quite the opposite.”

Indeed, she made a commitment to ensure the relevant UK regulatory standards remain at least as high as the EU’s.

And further, the Prime Minister confirmed the UK would seek associate membership or close cooperation with a host of European agencies, including the European Chemicals Agency which governs the sweeping REACH regulations.

Similarly, May hinted the UK would explore continued close cooperation with the EU’s energy union and Euratom agency.

She concluded: “The UK has among the highest environmental and animal welfare standards of any nation on earth.

“As we leave the EU we will uphold environmental standards and go further to protect our shared natural heritage. And I fully expect that our standards will remain at least as high as the EU’s.”

“This assertion that no watering down of green law is coming, is exactly what low carbon needed. Now let’s get on with the day to day essentials of embedding and meeting the green targets and commitments we’ve already made.”

UK sticks to its green guns; what’s in the pipeline for 2018 green law?

What’s happening with our air?

In February, the Government was slammed by the courts for failing to produce a plan to tackle the growing problem of air pollution.

The judgment will force ministers back to the drawing board in their efforts to clean up dirty urban air. The court heard that, 8 years after the UK was found to be in breach of legal limits on the pollutant, levels were still too high in 37 out of 43 zones across the country.

Ministers have been slow to get to grips with the problem, which has been caused in part by the rise in the number of diesel vehicles on the roads, and increasing urbanisation.

New law isn’t yet here on air. But we may have just seen the final limits breached that will make new regs inevitable.

In all likelihood, this will lead to eventual new tax law on single use plastic.

Further, green groups will be nurturing hopes the March Statement may kick off the consultations on energy efficiency that were trailed in last year’s Clean Growth Strategy, or provide more detail on how Ministers intend to fund aspects of the 25 Year Environment Plan.

Enjoyed this article? Check out more of our energy policy articles here. Please drop us a line if you’d like to chat about any of the issues and themes covered or to find out more about our energy saving technologies. 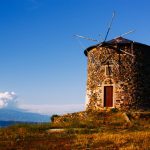 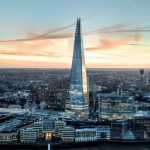