Move over Mrs May… it’s time for Boris

What a month it’s been. EDIE, and others, have been reporting on what the election of Boris Johnson might mean for sustainable business and therefore energy efficiency. EDIE notes that a cabinet reshuffle is to be expected when any new Prime Minister takes office, but Johnson’s saw more than half of Ministers either promoted, demoted or shifted to other departments. The impacts of this as yet remain unclear.

‘If Johnson’s commitment to the net zero target is to have any credibility the scale and pace of the UK’s decarbonisation efforts needs to change and fast,’ writes Business Green.

‘A system of government change could well help. There has been speculation climate change could be transferred into a new environmental super-ministry, which may help, but more important still is a clear signal from the top that all departments have to work together to deliver net zero.’

It suggests that Johnson needs to find a way to weave the climate crisis into his public appearances, to hammer home net zero is a priority and to prove he has a programme for sustainable business beyond Brexit.

This month, the government has opened a new consultation, seeking views on barriers and routes to market for energy efficiency to become a reliable alternative to generation and network reinforcement.

It seeks responses on how we can create new markets for energy efficiency, securing its role in the wider UK energy market, while contributing to flexibility and becoming a reliable alternative to increased generation and network reinforcement.

You can respond to the consultation here.

The Climate Group’s ‘Smarter Energy Use: Businesses Doing More with Less,’ report reveals how 50 leading companies with over US$382 billion in combined revenue, are all publicly committed to making smarter use of energy.

Business Green analysis on the report shows that efforts from some of the world’s largest companies to use their energy more efficiency have collectively saved them $131m, while curbing greenhouse gas emissions equivalent to the annual emissions of 134 US coal-fired power plants.

‘Firms as diverse as energy supplier SSE, insurer SwissRe and Indian cement brand UltraTech Cement have all signed up to the campaign, as part of which they commit to either doubling their energy productivity within 25 years, implementing an energy management system within 10 years, or achieving net zero carbon emissions from their buildings by 2030,’ it writes.

Industry news hub Business Green also finds that without the new energy efficiency efforts, EP100 firms would be using 146TWh more energy each year, producing emissions that would take an area of forest twice the size of the UK to sequester.

This year, Earth Overshoot Day (EOD) fell on July 29. This is the day when humanity has officially used up more resources than the Earth can regenerate by the end of the year.

It is the earliest EOD has ever fallen since humans began overusing the planet’s natural resources in the 1970s, and means humans are using natural resources 1.75 times faster than Earth’s ecosystems can regenerate them.

“This month’s roundup is full of contrast,” writes Kevin Cox. “On the one hand, EOD illustrates how chronic the need for faster movement on efficiency remains.

“But, The Climate Group’s report also shows positive work. Let us hope the new UK administration can maintain our positive stance on net zero and efficiency and encourage our efforts to stabilise resource and energy usage.” 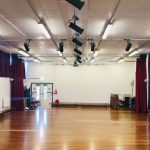 In September’s Energys Horizon Scan, with summer drawing to a close, we seek warmth in the top energy efficiency stories 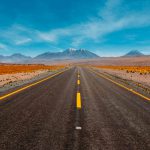