Energy Live News is reporting that a new energy and carbon reporting framework would be supported by 87% of decision makers in British businesses.

According to Energy Live News, the survey of 500 senior figures suggests reduced energy costs would be the biggest benefit from a change in reporting frameworks (58%), followed by increased energy efficiency (54%) and reduced bureaucracy (45%).

The intriguing industry sentiment comes in response to the Government’s October 2017 Streamlined Energy & Carbon Reporting Consultation, which will run until January 4 2018.

Its purpose is to seek views on how to replace the reporting element of the Carbon Reduction Commitment, which will be abolished after the 2018/19 compliance year.

“In our organisation, as experts on energy efficiency, we are aware of the fact that reporting can be burdensome, but it’s also incredibly valuable.

“It can drive internal change, behavioural change, and take energy efficiency right up the boardroom priority list. We urge every UK company to make it their business to look at the consultation.

“If we can start off 2018 in the right way, with a fantastic new framework that delivers more and more energy efficiency throughout the year; that will be an amazing Christmas present.”

Elsewhere, Carbon Brief has analysed whether gas, which accounts for more than a third of UK emissions, can continue to play a role in the provision of energy, given the UK’s current climate ambitions.

Its research, released on December 5, cites recent analysis by the Tyndall Centre which suggests the role of gas will be extremely limited, due to the small remaining carbon budget.

Its research explains; ‘While gas displaces some coal initially (prior to 2020), as is currently being observed in the UK’s electricity generation sector, the modelling points to a cost-effective pathway where new investment is focused on renewables and in energy efficiency measures.’

“Many in the sector know and understand that the energy you don’t use is always cheaper and greener than any fossil fuel, even one which acts as a ‘bridge’ to help kick the UK’s historic fossil fuel addiction.

“We advocate; get energy efficiency to the top of the pile now, and let’s not pretend that fossils represent more than a transitory option at best.”

Energys wishes all our friends and partners a Happy Christmas, and we look forward to keeping you up to date with the sector throughout 2018. 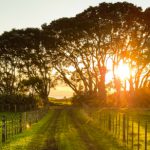 Was 2017 finally the breakthrough year for low carbon and energy efficiency?