The Independent is predicting that even a ‘moderately cold winter’ will increase the likelihood of the National Grid needing to use backup plans to keep the lights on.

Felix Chow, a Project Manager at Aurora Energy Research in Oxford told the paper: “Unpredictable variations in weather and plant availability means the capacity margin this winter could potentially be as low as 2.5%.”

A looming scarcity of gas plants, that at times generate half of the nation’s energy supply, means spare capacity is at its lowest in a decade.

“Gas is running more often than it was a year ago and outages now have more of a price impact,” Glenn Rickson, the London-based Head of Power Analysis at S&P Global Platts told the broadsheet.

“October is even more risky as it’s colder and there will still be some plant offline for maintenance in the coal and gas fleet.”

It all adds up to a familiar story of risk for big and small UK electricity users.

“It isn’t unusual at this stage in the year for the margin between supply and demand to appear tight during September and October,” National Grid told the Independent. “As we get closer to the time, we would expect the market to respond and demand forecasts to become more accurate.”

But truth be told, the story is now the same each year; power supply looks riskier and riskier. “Unfortunately, around this time of year we see the same stories arising in the media,” says Kevin Cox, Managing Director, Energys.

“It’s a real shame because year in, year out we see no new centralised solutions. The new agreement on Hinkley is years away.”

Cox believes the only way forward is for firms to deliver their own solutions, using energy efficient technology. “LED upgrades, lighting maintenance or boiler controls, all of these can and will lower your energy usage,” he says.

“That will instantly save you money, and insulate you against the worst risks of insecure power. If every business in the UK put efficiency first, there would be lower demands and less pressure on National Grid.”

Cox doesn’t think businesses are to blame for UK energy shortfalls, but does think they can step up while central policy appears lacking.

“Payback times are lowering across the energy efficiency landscape, solutions are increasing in both the scope of savings and the power of control solutions to offer add on benefits.

“This needn’t be about energy saving alone; this is about building a better, modern, flexible and adaptable business.”

Energys has a wide range of energy efficient technologies. We are delighted to talk through the options with UK businesses, large and small. 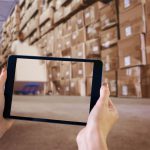 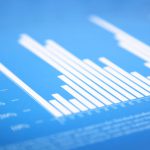