UK Chancellor Rishi Sunak has set out major energy efficiency investments, as part of his ‘Chancellor’s Plan for Jobs’ to help the UK rebuild from Coronavirus.

It will involve improving insulation in public buildings such as schools and hospitals and retro-fitting low carbon heating technology to social housing.

Mr. Sunak told The Commons: “From September, homeowners and landlords will be able to apply for vouchers, to make their homes more energy efficient and create local jobs.

“The grants will cover at least two thirds of the cost, up to £5,000 per household and for low income households we’ll go even further with vouchers covering the full cost, up to £10,000.”

£1 billion of funding will improve the energy efficiency of public sector buildings, transforming schools and hospitals, a key specialism for Energys Group.

The Guardian’s Political Commentator reacted: “These are far reaching plans for energy efficiency through the country’s housing stock but the government is technically committed to net zero emissions by 2050.

“That firm pledge appeared to be missing from the “green recovery” portion of the chancellor’s speech. This won’t go unnoticed as there is concern the government is reducing its emphasis on strict targets. Sunak has stood firm though on the government’s environmental record, replying later in the Commons that the UK has decarbonised faster than almost any other European country.”

Facing the fears ahead

“The world’s economic activity has slowed, with the IMF expecting the deepest global recession since records began. Household consumption, the biggest component of our economy has fallen steeply. Businesses have stopped training and have stopped hiring.”

In response, The Chancellor estimates his £3bn package will make over 650,000 homes more energy efficient, save households up to £300 a year on their bills, cut carbon by more than half a mega tonne per year, equivalent to taking 270,000 cars off the road and support around 140,000 green jobs.

“There is absolutely no doubt the economic impacts of Covid-19 have been immensely challenging,” comments Energys Group’s Managing Director Kevin Cox.

“Many countries are now seeking paths back to some new sense of normality. But we feel that a return to the old normal isn’t required; rather a new direction that embraces low carbon and energy efficiency as the cornerstones of a modern economy offering resilience, sustainability and productivity.

“This new economy can reset the UK on a path towards global leadership, both economically and in terms of the wisdom we use to re-channel our efforts towards long term sustainability and stewardship.”

Confusion in the wings?

At present, minor confusion exists; Mr. Sunak calls his £2 billion domestic ‘Green Homes Grant’ ‘new’, and says he is ‘releasing’ the billion of public sector funding against a background of existing pledges of £9.2bn for improving the energy efficiency of low income housing and public buildings within the Conservative manifesto. It’s to be hoped this new responsive cash is additional.

And Greenpeace compared the UK rescue package with countries such as Germany, which is investing €40bn (£36bn) in green jobs and energy efficiency, or France, which pledged €15bn to tackle the climate crisis in June.

Either way, a billion of public sector riches to scale up national energy efficiency offers vast potential to not only combat the economic effects of Coronavirus, but usher in a new age where efficiency stands central to Government policy making. 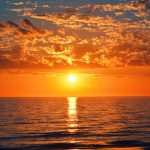 The Energys summer Horizon Scan; the end of lockdown? 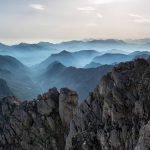