The conflict in Ukraine is shining a bright light on the UK, and indeed the world’s reliance on Russian fossil fuels. Similarly with Covid, this crisis may shake up global norms, and potentially usher in a new, changed era of energy.

Plans by the International Energy Agency (IEA) and others to protect Europe from Russian energy reliance, and indeed to penalise Russia for its aggression have all been released. But they share one theme; time is short and the necessary changes are deep.

The IEA continues that a portfolio of options will be required to wean UK reliance on Russian energy; including enhanced grids, energy efficiency, increased electrification and demand-side response, dispatchable low emissions generation, and various large-scale and long-term energy storage technologies alongside short-term sources of flexibility such as batteries.

“There are opportunities for energy efficiency and other low carbon technologies to plug the gap on Russia’s energy,” comments Kevin Cox our Managing Director at Energys Group.

“Some commentators are going further, saying in many ways Putin’s actions could catalyse Net Zero and a much faster shift from fossil energy than might otherwise have been realised.

“We will have to see, but it is clear that once again global geopolitics, business and energy are in real flux.”

In a month dominated by Ukraine, geopolitics and energy, UK energy prices continue to soar. The BBC writes there has been debate about whether energy companies should be taxed more, with the money raised used for businesses struggling with bills.

Energy companies argue their retail arms are making very little, or no, profit. While the energy generation business is having a much better time of it, they argue that they are already heavily taxed.

There are a host of reasons, says the BBC, why the wholesale price of gas has been volatile. At present it is about six times higher a year ago.

One reason is the surge in demand for energy, as businesses and economies get going after the lifting of Covid restrictions. There is also the issue of a shortage of gas storage across Europe.

Craig Lowrey, senior consultant at Cornwall Insight told inews: “The past two years have been incredibly tough for small and medium-sized businesses, with many still struggling to keep their heads above water.

“Volatile wholesale pricing means finding a new contract as a business customer is even more difficult.”

Kevin Cox says Energys is here to help, with the potential to rapidly roll-out efficiency kit to offset the massive hikes businesses are facing.

“Sadly, we at Energys can’t influence energy price. But we can help you substantially reduce the energy you use.”

UK Prime Minister Boris Johnson has announced that he will launch a new energy supply strategy in ‘the coming days’. It was due April 4.

In the as yet unreleased paper, says The Guardian, nuclear power will likely get a boost. Keeping the UK’s existing nuclear power stations open as long as possible will help provide stability, but any new reactors are likely to take more than a decade to start producing power.

A stand-off between Boris Johnson and Rishi Sunak over the expansion of nuclear energy is behind the latest delay to the Government’s new Energy Strategy, the inews understands.

Johnson, writes EDIE, has already indicated that he is in favour of increasing the domestic supply of fossil fuels in the short term. Russian oil imports are set to be phased out by the end of this year.

He has stated the changes “do not mean in any way” that his Government is changing its long-term Net Zero commitment. But he said, “We have got to reflect the reality that there is a crunch on at the moment.”

All appears highly politicised. The BBC hints that Chancellor Rishi Sunak has so far declined to commit to a major long-term energy efficiency strategy that could keep down bills.

Other news in brief…

The Manufacturer has estimated that approximately a third of UK manufacturers do not set energy efficiency targets nor have any means of measuring improvements.

‘A segmented and evolving approach to manufacturing energy efficiency is the smartest way to make improvements without sacrificing on the quality of produce,’ it argues.

Business Live notes Bristol City Council has appointed a US renewable energy firm to help efforts towards the city hitting its target of carbon neutral status by 2030.

The scheme will aim to deliver low-carbon infrastructure, such as solar PV, heat pumps and energy efficiency measures at scale.

To close, Pinsent Masons writes the UK is likely to miss its binding target of Net Zero carbon  by 2050, two separate reports have concluded.

Last week the House of Lords Industry and Regulators Committee and the House of Commons Public Accounts Committee both found the government had failed to put in place concrete, achievable plans to meet the target. 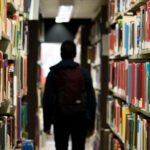