This month, it’s the education sector on our mind. School leaders’ union NAHT have released the results of a survey of its members on the rising energy costs.

The survey, conducted between 21st March – 5th April 2022, had over 1,000 responses from school leaders in England and showed that almost all respondents (99%) were expecting an increase in their energy costs over the next 12 months.

“We agree with the NAHT that every penny spent in schools is a choice,” says our MD Kevin Cox. “Our message to schools is clear; we are here to support you with your decarbonisation journey – and the simplest way for schools to avoid exposure to the market is to embed efficiency measures that lessen usage.

“There are many finance models available to ‘make this happen’ without the need for up-front cash or risk on the school’s part. We have helped 1000s of schools already – and we welcome enquiries from anyone concerned by the rise in energy costs.”

Is a windfall tax coming?

Recent news reveals BP profits have more than doubled to $6.2bn (£5bn) in the first three months of the year, the highest quarterly profit in more than a decade, helped by soaring oil and gas prices.

The chancellor, Rishi Sunak, hinted last week for the first time that a windfall tax was a possibility if energy companies did not properly reinvest bumper profits. However, Boris Johnson argued against such a tax.

Prime Minister Johnson said: “If you put a windfall tax on the energy companies, what that means is that you discourage them from making the investments that we want to see that will, in the end, keep energy prices lower for everybody.”

High energy usage businesses, such as steel and paper manufacturers, were set to receive further support for electricity costs as the government confirmed details of the Energy Intensive Industries (EII) compensation scheme.

The scheme will be extended for a further three years and its budget will be more than doubled. This will help ensure the UK remains an attractive investment destination for energy intensive industries, whilst encouraging greater electrification to help cut emissions as part of the green industrial revolution across the country.

You can read the consultation response here.

In news that could massively affect the commercial lettings sector and landlords, EDIE reports that BRE is working with BEIS on a new version of the Standard Assessment Procedure (SAP), which is used by the government to assess and rate the energy performance of residential buildings. This methodology is also used to create the information on EPCs.

BRE’s project director John Henderson said: “As the UK begins to escalate its Net Zero initiatives, SAP 11 will be instrumental in the effort to decarbonise the nation’s existing housing stock and ensure the use of low-carbon heating in new homes.

“As the new methodology will improve EPC accuracy, energy efficiency measurements will be more reliable than ever. Effective assessment of energy performance is going to be absolutely central to our progress towards Net Zero.”

that according to new research published today by Make UK, the manufacturers’ organisation, 65 per cent of manufacturers have taken positive action towards their Net Zero target in the past 12 months, while 35 per cent of businesses already have a fully formed Net Zero strategy in place and have started to implement it.

Tackling internal factory emissions has been the number one focus, with 77 per cent of companies working on energy efficiency followed by 48 per cent looking to optimise their production processes. A further 32 per cent want to increase their resource efficiency by using or wasting less resources.

Stephen Phipson, CEO of Make UK said: “Britain’s manufacturers have long shown that they are at the forefront of innovation globally and they have already gone a long way to improve their processes in the quest to reach Net Zero. They are making huge leaps forward and have taken much from initiatives such as COP26 as a driver for further change. With energy costs at historic highs, cutting energy consumption has taken on a further layer of urgency.”

The International Energy Agency (IEA) says a group of global energy, climate and finance leaders will provide strategic input for a forthcoming IEA special report that will explore how to put the world’s coal emissions on a path toward Net Zero, amid the major energy security and affordability challenges that are affecting countries worldwide with particularly severe economic impacts in the developing world.

The Agency has been vocal in its belief that the energy crisis can hasten, not slow Net Zero progress and that the situation in Ukraine can also hasten a transition towards renewables and energy efficiency.

‘As well as hurting consumers and businesses around the world, especially in developing economies, the turmoil in global energy markets threatens to derail efforts to prevent the worst effects of climate change. Last year, global energy-related CO2 emissions rebounded to their highest level in history, largely because of record use of coal to generate electricity,’ says the IEA. 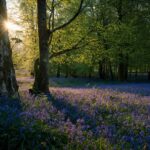 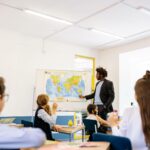