With 2015 came a new Government. On May 27, 2015, Business Green said: ‘Business leaders of more than 50 major construction and property groups wrote an open letter to the government urging Cameron to make energy efficiency an infrastructure priority as part of efforts to cut the budget deficit.’

Above all, affordability has been DECC’s, and the Government’s watchword in minimising UK debt. But the logic of tying the UK into guarantees worth billions on nuclear seems unclear. The money might have been spent on energy efficiency, widely understood as a cheaper and far faster way to save carbon.

What the Tories will do in 2016 on potentially beneficial energy efficiency taxation regime change remains to be seen. Changes here could really help; Financial Times reporting in November found new Conservative policy, for the moment at least, will actually increase CO2 emissions. In addition, DECC has seen big cuts. Can any of this be remedied in 2016?

Amber Rudd has called energy efficiency the most effective way to reduce bills. Further support for this would be a wonderful Christmas gift.

To ESOS and beyond

ESOS stumbled rather torturously into life in 2015. Following the December 5, 2015 deadline, the opportunity for UK businesses to put energy efficiency measures in place is now here.

No matter how, or why the Environment Agency prosecutes those who fail to comply, or how long it all takes, the vital lesson surrounds embedding the retrofit and efficiency recommendations delivered within the ESOS audits up and down the country.

At Energys, we know such measures offer fast payback and ROI across major estates, but smaller firms can benefit too. The logic behind ESOS is admirable; it is an aspirational, non punitive approach to building efficiency and lowering carbon.

Now, solid marketing on the benefits of actually listening to what the audits suggest is needed. And, in 2016, we will see whether ESOS forms the core of any single new energy efficiency taxation scheme.

Depending on Conservative moves, an alignment, with all energy efficiency taxation ‘under one roof’ could be on the way.

There was good news in the public sector this year. George Osborne laid the foundations for major retrofits among schools and hospitals.

His government will provide £295 million over 5 years to improve the energy efficiency of schools, hospitals and other public sector buildings.

Energys has widespread expertise in retrofitting across these estates. We will be delighted to build on the announcement in 2016, supplying the skills and knowledge to upscale the public sector search for energy efficiency.

These positive new 2015 laws prevent the letting of properties with an Energy Performance Certificate rating below E, that is to say those currently rating F or G.

The maximum fines for non-compliance: up to £5000 for domestic properties and up to £150,000 for non-residential.

The rules start to kick in from April 2018. This means it’s essential for commercial landlords to procure the right energy efficiency experts now; to both analyse and suggest improvements and catalyse the planning needed on financing and doing the actual work.Energys, as ever, is delighted to help with such efforts throughout 2016.

As this year closes, let’s hope 2016 can be the year of promise for energy efficiency across both the public, private and rental sectors. 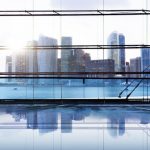 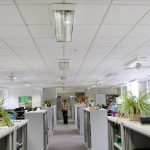