According to The Guardian, the UK was the only country in the EU to reduce its electricity consumption last year, with power use growing or stable across the rest of the bloc’s 28 member states.

Simon Evans, Policy Editor at Analysts CarbonBrief, told the broadsheet: “This is one of the least reported and most significant stories in the UK power sector.

“Since 2005, the UK has saved the equivalent of two-and-a-half Hinkley Point Cs, a trend that started several years before the financial crisis.”

There is the sense that energy efficiency is contributing to the wins, both in terms of industrial and corporate efficiency, plus energy savings in the home.

“The 2017 fall is large and is at odds with other European countries, and puts the UK clearly on the road to lower electricity consumption,” said Dave Jones, Carbon and Power Analyst at Sandbag.

Overall, electricity demand has fallen by 9% in the UK in the past seven years, the sharpest decline in the EU. Meanwhile, Poland chalked up the biggest rise, at 9% over the same period.

The Guardian’s takeaway; Britain’s appetite for power has been waning for more than a decade as industrial activity declines and businesses and households opt for more energy efficient lighting and appliances.

At Energys, we’re delighted by the trend. “The numbers prove that the UK is well and truly on the energy efficient pathway,” comments Kevin Cox.

“It’s a story that deserves far wider coverage; as a country we are doing extremely well, we should be congratulated and the news should be widely shared.”

In what’s otherwise a strikingly positive month, The Energyst reports transport has overtaken the energy supply sector as the largest contributor of UK greenhouse gas and carbon dioxide emissions.

Statistics released by the Department for Business, Energy and Industrial Strategy show falling coal generation in the power sector is driving the broader energy sector’s decarbonisation.

Against 1990 baseline levels, the UK has decarbonised by 36% and reduced total greenhouse gas emissions by 41%. The energy sector has reduced emissions since 1990 by 57%, despite a 9% rise in final energy demand over that period. The transport sector has decreased emissions by 2% in 26 years.

Crucially, emissions from business, responsible for 17% of overall emissions in 2016, declined by 5% year on year and have dropped 29% since 1990. It’s key that much of that reduction is attributable to energy efficiency, and some to the decline of British heavy industry.

“Our industry and economy is changing. That’s an opportunity to drive new types of energy smart business.”

The Government has also recently said the UK remains on track to meet the second Carbon Budget.

Finally this month, Sadiq Khan has announced the latest phase of the Energy for Londoners initiative, detailing plans to invest £34m in a range of new services and programmes designed to boost energy efficiency and improve access to clean power across the capital.

“My Energy for Londoners scheme aims to help those most in need with grants for new boilers, windows and home insulation to help cut fuel bills. I’m also working on a number of ambitious projects to generate more local clean energy to power our homes, businesses and communities,” said Khan.

The Mayor’s Office said new projects included plans for a new whole house ‘eco refurbishments’ initiative, which would pilot extensive green upgrades; a £10m commercial boiler scrappage scheme which will offer capital grants to businesses switching to more efficient heating systems; and an ongoing plan to deliver 1GW of solar capacity across the capital by 2030, including a £4.5m programme to install solar on Transport for London (TfL) buildings.

At Energys, we’re delighted to report on such positive overall UK energy trends this February. Let’s hope the good news keeps coming throughout 2018.

We hope you enjoyed this article? See more of energy policy and industry articles here. Please drop us a line if you’d like to chat about any of the issues and themes covered or to find out more about our energy saving technologies. 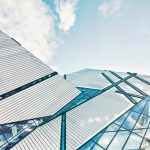 As ESOS Phase 2 begins, Energys Group looks at the scheme's next iteration, and its success to date

Energy saving technologies for colleges: Why efficient heat and light make for sustainable education too 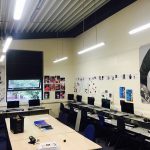