The Government has announced a consultation on higher performance targets for non-domestic buildings – which will mean they will be zero carbon ready by 2025.

It took the opportunity to reiterate that all homes and businesses will have to meet rigorous new energy efficiency standards to lower energy consumption and bills, helping to protect the environment, said Housing Minister Chris Pincher.

The impact assessment on proposed policy changes which will affect new non-domestic buildings in England is available here. Various proposed uplifts have been put in place to hasten the pace of energy efficiency within these buildings across the UK.

EDIE wrote: ‘The Government has also announced a consultation on higher performance targets for non-domestic buildings, aiming for them to be zero-carbon ready by 2025. Subject to consultation, it is believed that additional ventilation and indoor air quality monitoring will be key requirements for businesses moving forwards. A Future Buildings Standard consultation runs until 13 April 2021.’

Race to Zero is a global campaign to rally leadership and support from businesses, cities, regions, and investors for a healthy, resilient, zero-carbon recovery that prevents future threats, creates decent jobs and unlocks inclusive, sustainable growth.

The “Race to Zero Breakthroughs” have been published in a special paper, which sets out near-term goals for more than 20 sectors that make up the global economy, forming a master plan around which business, governments, and civil society can unite ahead of the UN Climate Change Conference, COP26, in Glasgow in November.

The BSI findings chime with another major cross-sector survey of 1,021 UK-based SMEs, carried out by YouGov on behalf of World Kinect Energy Services. This survey revealed that most SMEs do not feel ready to deliver Net Zero, due to challenges like a lack of in-house expertise and the costs associated with carbon accounting and new technologies.

“We must accept that whilst Net Zero offers amazing opportunities, there are challenges for business along the way,” comments Kevin Cox, Managing Director, Energys Group.

“It is great to see UK leadership, and we are hugely looking forward to COP26. Energy efficiency has a massive role to play in the race to Net Zero. But we must see transparent advice and options given to any UK firms struggling with the transition.”

Carbon Brief reports that its annual analysis of UK electricity generation shows progress stalled in 2019, with the output from low-carbon sources barely increasing compared to a year earlier.

The UK will require significantly more low-carbon electricity over the next decade as part of meeting its legally binding climate goals. Carbon Brief notes that the CCC says it is “likely” to “reflect the need for more rapid deployment” of low-carbon towards Net Zero emissions in its advice on the sixth UK carbon budget for 2033-2037, due in September.

“The UK has been making great progress in its race to low carbon,” says Kevin Cox. “But we must expect bumps in the road.

Yet: the UK has the highest long-term reduction in greenhouse gas output in the world over the course of the 21st century. That’s one of the findings of new research by the accounting firm PwC, which suggests the UK’s carbon dioxide emissions fell by 3.7% every year.

Finally this month, the CCC has written to Communities Secretary Robert Jenrick to express concern over his decision to approve a new coal mine in Cumbria.

The CCC letter says the mine will increase global emissions and have an appreciable impact on the UK’s legally binding carbon budgets, while giving a negative impression of the UK’s climate priorities in the year of COP26.

The proposed development is for a large underground metallurgical, or “coking coal”, coal mine. However its progress has been hindered by campaigns from environmental activists who fear that the facility could hinder the UK’s Net Zero goals and discredit its position as COP26 host, with the rescheduled event to take place in Glasgow in November.

Greta Thunberg has weighed in, claiming Jenrick’s decision shows the true meaning of so-called Net Zero 2050, while COP26 president Alok Sharma and Jenrick have also clashed over the decision.

As the UK shapes up to a New Year and a new lockdown, what's on the horizon for low carbon?

The Energys March Horizon Scan; charting a path out of the pandemic? 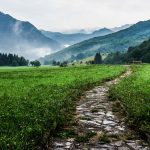