Rishi Sunak has announced major plans within this year’s Budget, seeking to limit the economic damage caused by a year of pandemic restrictions.

The moves include a business restart scheme, which allocates a total of £5bn in funding for small business grants of up to £18,000.

Mr Sunak said some businesses would still need loans despite the restart grants. He said he was introducing a new recovery loan scheme which would allow businesses of any size to apply for loans from £25,000 up to £10m.

Yet bleak news remains. The UK economy shrank by 10 per cent in 2020, and is forecast to return to pre-Covid levels by middle of 2022, with growth of 7.3 per cent next year. This might be optimistic.

Some 700,000 people have lost their jobs since the pandemic began and unemployment is expected to peak at 6.5 per cent next year, lower than 11.9 per cent previously predicted.

“We wish every player in the UK energy efficiency sector well, as we hopefully begin to chart a new course out of this most challenging year,” said Kevin Cox, our Managing Director.

Away from Covid, the Chancellor has changed the remit of the Bank of England’s interest rate-setting monetary policy committee to include a duty to support the government’s Net Zero carbon ambition alongside its long-standing responsibility to keep inflation in check.

Under the green upgrade, the Bank must support the government’s strategy to “level up opportunity in all parts of the UK” and to “transition to an environmentally sustainable and resilient Net Zero economy”, according to the Treasury.

The surprise extension of the remit formed part of an otherwise modest set of Treasury measures to help spur the UK’s burgeoning green economy, including plans to issue a £15bn Green Gilt sovereign bond, a £22bn National Infrastructure Bank based in Leeds, and a string of small-scale development funding pledges.

Karen Ward, a chief strategist at JP Morgan and a former adviser to Philip Hammond when he was chancellor, said investors “should not underestimate the impact this could have on the already strong momentum behind sustainable investing.”

“This could tilt the preference of the central bank’s asset purchases and involve considerable regulatory change to encourage private capital to do likewise,” she said.

EDIE said Sunak is pledging to put green investment at the heart of the UK’s economic recovery from Covid-19. But the Chancellor has come under fire for failing to mention a number of critical policy enablers for the UK’s Net Zero carbon transition.

Construction News reports that Leeds City Council has announced plans to invest £100m in measures to improve the energy efficiency of its homes over the next five years.

Politics.co.uk writes that we need the Government to classify improving the energy efficiency of our building stock as a national infrastructure priority.

To date, it argues, buildings have not been seen as part of the nation’s infrastructure and have fallen victim to less funding as a result. Evidence shows that investing in energy efficiency improvements offers equivalent returns on investment as other big infrastructure projects such as HS2 and Crossrail.

It cites that in 2016 alone, the German system that combined public subsidies and low interest loans led to 276,000 energy renovations, dwarfing the 14,000 cumulative total driven by the UK’s Green Deal.

It also argues that Tax reforms should not be limited to stamp duty. Council Tax, Inheritance Tax and Capital Gains Tax could and should also be revised to incentivise energy efficiency.

“This is an interesting position,” comments Kevin Cox. “We are always delighted to see new perspectives on how efficiency can be leveraged more quickly and powerfully across the UK.”

The Energyst reports that to meet its target of Net Zero greenhouse gas emissions by 2050, the Government needs to have largely eliminated energy inefficiencies from housing stock by 2030, claims geospatial technology firm Kamma.

Kamma CEO, Orla Shields, explained, “Progress in improving the energy efficiency of housing has been slow to date, with the national average increasing by just 2.9 SAP points in twelve years. With much at stake in the fight against climate change, there needs to be more transparency on the pace of improvement and more clarity as to the costs involved.

“With a growing market for green finance products, deploying lenders to the front line could provide the impetus for change that we really need.” 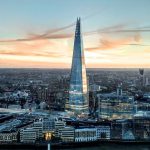 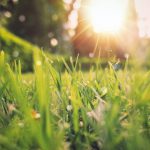