No matter which sector you work in, an all too familiar disconnect exists; price versus quality.

Right now, the issue of LED quality is becoming ever more important. Demand for LEDs is growing exponentially as more and more firms realise their advantages. There are multiple benefits that go beyond simple energy and cost savings – our case studies are testament to that.

But the trouble is, the burgeoning market is like a green light to unscrupulous importers, whose substandard products you should avoid, with both sustainability and safety in mind.

Here’s what to do, to make sure you don’t fall foul of cheap LEDs.

There’s such a thing as too good to be true

It doesn’t take a vast amount of research to uncover the issues facing the industry. ‘As the market for LED lighting continues to grow, suppliers are competing to cash in,’ writes Lux Magazine.

‘And while competition is forcing prices down for consumers, the appearance of dodgy and dangerous products on the market means that those who go for cheap LEDs risk paying a much greater price.’

Lux highlights a shipment of 1,000 LED lamps, imported from China, identified at the Port of Felixstowe. A number of samples were found to have insufficient insulation and exposed live elements. They were potentially lethal.

Lux writes that the BBC’s Fake Britain team tested some of the lamps in a laboratory, alongside a branded lamp. The unbranded domestic lamp recorded 179V and 91mA in a touch test; multiple times higher than the maximum 60V and 2mA permitted in European safety standards.

Industry standards can help you avoid the cowboys

At Energys, our business hinges on using quality LEDs. As a manufacturer, we guarantee that our LEDs are safe, certified and branded.

So, we won’t offer you anything dangerous, anything that can’t perform up to its stated specification in the real world, nor anything that comes from shady sources.

To further our commitment to transparency, better reliability and safety, we have joined the Lighting Industry Association (LIA).

All LIA members commit to random inspections and testing of their LEDs. We’re happy with this, because we want to play our part in widening transparency and protecting our customers.

‘This process should be considered as a serious attempt to create a real differential to ensure the market has access to compliant and quality lighting products,’ Steve Davies, CEO of the LIA, has commented.

All in all, we can’t advise strongly enough; steer away from cheap LED imports. Instead, find a number of reputable suppliers like Energys.

Ask these suppliers: where do your LEDs come from? Are they branded? How does their real world performance stack up against the energy savings claimed? Do you have customer references? How long does your guarantee cover any LED lighting for?

The best, most transparent suppliers will be keen to engage in such conversations. Those who lack information, or attempt to divert you to cheaper costs are likely to be selling exactly the LEDs you wish to avoid.

Interested in learning more? Read our guide to undertaking due diligence on your lighting supplier.

The Energys explainer: How can warehouse LED lighting boost profits? 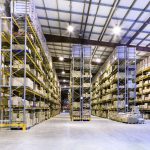