The Department of Business, Energy and Industrial Strategy (BEIS) is seeking views on how to drastically change the consumption of heat and energy in non-domestic properties after uncovering potential savings of over £1.3 billion a year from private sector initiatives.

In a recently launched call for evidence (CfE), data collected by BEIS found that there was potential for savings of 63,160 GWh/year from increased energy efficiency, representing a 39% reduction from current levels of consumption.

The study also concluded that over a third of this abatement potential (22,080 GWh/year) could come from measures with a private investment payback of three years or less. The bill savings from these measures was £1.3bn a year, in addition to the undisclosed funds which could be saved from the remaining consumption reductions.

The data was collected from a building energy efficiency survey (BEES) of 1.57 million non-domestic properties in England and Wales, where the potential for savings were considered across all types of building. The most cost effective measures were identified to be lighting upgrades improvements in building energy management and insulation.

BEIS’ report also recognised the need to overcome a number of barriers to increased energy efficiency, most commonly found to be economic such as low capital availability and investment or hidden costs. Organisational barriers as well as those related to identifying opportunities to save energy were also found, in addition to behavioural barriers.

To read more on the DBEIS report click here. Alternatively, for more information and advice on how to save energy in offices and commercial buildings, contact us here for a free site survey. 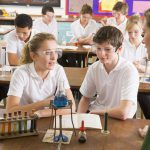 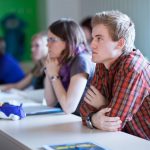