An annual energy saving of around £20,000 is expected as a result of the extensive installation at the L.I.F.E. Academies Trust-operated school.

Located in Central Bedfordshire, Biggleswade Academy accommodates children aged from 2 to 13 and is part of the L.I.F.E. Academies Trust. The technical team at the Academy, led by facilities manager Chris Mooney, maintains a watchful eye on its technical infrastructure to ensure that it remains both contemporary and fit for purpose. And it was with these priorities in mind that the school recently resolved to undertake an extensive overhaul of its lighting and heating control technologies.

The problems facing the team across all three of the Academy’s sites – the Reception and Key Stage One, Key Stage Two and Three and pre-schools – were not exactly unfamiliar in the education sector. First and foremost, the existing and rather aged fluorescent-based lighting systems had been performing poorly for some time and were therefore subject to frequent failures. Inevitably, this had cost implications both in terms of replacements and the associated labour. But the usage of heating systems was also of growing concern, with some components performing inadequately and a lack of consistency to the control infrastructure.

“We were aware that moving across to newer technologies, especially LED lighting, could help bring about not only a sustained improvement in quality terms, but also a significant reduction in our energy costs,” recalls Chris. “In tandem with a review of our energy supply arrangements, it was apparent that the upgrade work could also play a notable part in minimising the Academy’s overall carbon footprint.”

The facilities team investigated various options during the search for a project supplier, ultimately inviting Energys Group and three other companies to undertake energy savings and submit quotations. The decision was made in favour of Energys Group for reasons of technical expertise, cost-efficiency and knowledge of the Salix funding scheme that was to be used to finance the project.

“We really liked the whole Energys Group package,” confirms Chris. As well as having the products to suit a multi-faceted scheme, the Academy was “impressed with their knowledge and flexibility and their willingness to monitor the Salix funding so that we didn’t have to. We also liked the fact that they were not what might be termed ‘pressure sellers’!”

Out of hours installation

With the project due to take place during term time, Energys Group offered to undertake all the work out of school hours, specifically from 1600-0400. Hence the impact on daily activities was “minimal throughout the two-month period of installation,” says Chris, who highlights the reassurance provided by meetings “every few days” with the Energys Group project manager.

The overhauled infrastructure incorporates a variety of Energys Group products, including LED high bay panels, sensor-linked LED wall lights, IP67-rated TriProof LED lights, down lights, flood lights and self-test emergency lights. Previously lights had generally been activated when the cleaners started work at 5am and remained on all day, so the installation of PIR sensors was an integral element of the scheme in order to reduce the amount of time lighting is left on unnecessarily. Meanwhile, boiler optimisers – also from Energys Group – have been fitted to improve the efficiency of the boilers without affecting building temperature.

Predicted savings of 85 tonnes of CO2

Now that the new systems are fully installed and up-and-running, they are expected to deliver a collective annual energy saving in the region of 20%. With specific regard to the lighting systems a reduction in energy expenditure of £14,941 has been forecast, with a return on investment of 4.78 years well within expectations. The savings from the new boiler controls also make for compelling reading, with costs here expected to fall by £5,095 per year. Across both lighting and heating, the annual CO2 reduction is predicted to be an impressive 85 tonnes.

With solar panels set to be installed over the summer, these forecasts will doubtless improve further in the months ahead. For now, Chris confirms that the Academy has been “delighted by the collaboration with Energys Group and the impact that the new systems have made on our overall technological efficiency. In fact the majority of those who have remarked upon the lighting upgrade have simply exclaimed ‘wow, this is so much better!”. 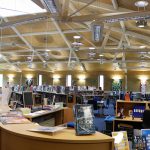 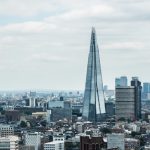