The leading motion and control technology specialist has installed 130 Energys LED SON replacement fixtures in a move expected to deliver energy savings of circa £40K per annum.

Across sectors in British business and industry, an increasing number of companies are waking up to the substantial – and enduring – cost-savings that can be delivered by a transition to LED lighting. In many cases, their decision to upgrade is being made even easier by the availability of extensive data about energy-efficient lighting delivered by the likes of Energys Group.

It is also acutely aware of environmental issues, and in a recent initiative Parker’s US head office established a corporate objective of a 5% energy reduction per annum. At the company’s SSD Drives Division Europe site in Littlehampton, West Sussex, EHSE & Facilities Manager Tony Woodward realised that one of the best ways to achieve this goal would be to phase out its old metal halide lamps in favour of next-generation LEDs.

Not surprisingly, an estimated energy saving of at least £36,423 per annum also helped to convince Mr Woodward’s superiors that LED replacements were the way to go. So during 2014, the Parker team green-lit a project to replace metal halides at the Littlehampton site, encompassing fixtures located in the factory, car park and warehouse.

The decision was taken to specify an all-Energys solution, with a grand total of 130 of the company’s replacement LED SONs ultimately installed across multiple areas. Having been unimpressed by previous encounters with other-brand metal halide replacements, Woodward was instantly taken aback by the quality and appearance of the Energys lamps.

“The fact is that I had looked at metal halide replacements in the past, but had not been able to find anything good enough,” he recalls. “But then I came across the Energys lamps. For a start, they offer the right colour temperature – an absolutely crucial requirement and one lacking from previous products I’d seen. I was also impressed by their distinctive styling – they really did look different from other products on the market! – and, an added benefit is they also have in-built fan to keep them cool. A test involving eight products further underlined my opinion of their excellent light quality.”

Indeed, consistency of light quality was a particular preoccupation for Tony Woodward, who was keen to ensure the required illumination throughout the manufacturing shopfloor. The fixtures’ contribution to the reduction of radiant heat was also deemed to be a significant benefit – particularly in the context of the company’s desire to further enhance its healthy working environments by minimising staff fatigue.

The installation of the Energys replacement LEDs progressed smoothly and easily. Now that the work is done the Parker Hannifin team at Littlehampton can sit back and wait for the cost-savings to take effect.

Taking into account replacement and maintenance costs, Woodward anticipates a payback period of only 0.49 years. Meanwhile, energy expenditure is expected to be slashed by £36,423 – although Energys feels that this is a conservative estimate and the real saving could be in the region of more than £42,000.

Among the many other advantages of the new LED fixtures, Mr Woodward highlights two factors in particular – commencing with longer lamp life. “Not only was the life expectancy of the old lamps about 20,000 hours, they also degraded over time so that eventually they were only half as bright as when they’d been installed,” he says. “No such problems with these Energys replacements, which are designed to last at least 50,000 hours.”

Then there is the welcome boost for personnel working on the shopfloor: “Previously, if there was a power surge and blackout, the old lighting would switch off and the emergency lighting would come on. Once power was restored you were not able to switch the lamps back on for 20 minutes. The new lamps have the ability to be turned on instantly, making it much safer for those on the shopfloor.”

With increasingly widespread fears about an upswing in energy blackouts over the next decade, this capability could prove to be absolutely essential. In the meantime, Woodward declares that he is “delighted with the upgrade to Energys LED replacements. In fact, I have recommended them to the managers of other UK sites operated by Parker Hannifin – so the chances are that there will be further lighting upgrades in the not-too-distant future.” 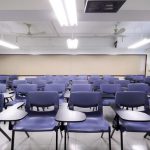 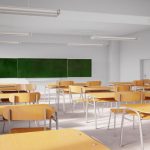