The Guardian is reporting that the depth of fuel poverty blighting Britain’s poorest households is expected to worsen because of energy price rises this year.

The latest 2018 price hikes have piled further pressure on the Government’s promises to control costs from the major energy suppliers, some of which are believed to come from the financial burden of rolling out smart meters to enable the UK smart grid.

The department said the growth would be mainly driven by increases in fuel prices. All the big six energy suppliers, and many of the newer challenger firms, have recently raised prices, blaming an increase in wholesale costs.

German supplier E.ON last week raised its prices for the second time this year. The proportion of households living in fuel poverty in 2016 rose for the second year in a row to 11.1%, or around 2.55m homes.

A Government business department spokesperson told the Guardian: “This government is driving £6bn into tackling the root cause of fuel poverty through energy efficiency upgrades installed in some of our poorest homes over the next 10 years.”

Plainly, such measures can only come as soon as possible. Energy efficiency represents the most available, cost effective way to tackle the issue.

Energys will track the problem, and report back on coming trends.

In another alarming Guardian report, fears are rising that EPC ratings in the rented sector are being tampered with.

Since the start of April 2018, landlords have been prohibited from renting out sub standard properties that don’t meet minimum energy efficiency requirements.

But Guardian Money saw an example of a flat where the energy efficiency score appears to have been fraudulently changed to allow it to be advertised.

According to letting agent body Arla Propertymark, as many as 300,000 sub standard properties are out there today.

The elephant in the room, says The Guardian, is the exemption; under EPC rules, landlords of F and G rated properties are only required to make the necessary improvements where this can be done at no cost to themselves.

In other words, the ban doesn’t apply if the landlord has been unable to access third party funding.

“This situation is untenable,” comments Kevin Cox, Managing Director, Energys. “If it’s true that EPC in either the commercial, domestic sector, or both is being abused, Government must act.”

Finally this month, the Energyst reveals more than eight in ten members of the Energy Institute (EI) think the UK will miss the fifth carbon budget, according to a poll of 406 members.

The EI’s annual barometer poll asks members for their views on key energy topics. It consistently calls for greater focus on energy efficiency to meet energy and climate goals, and this year was no different.

To make up the shortfall on the fifth carbon budget at lowest cost, 49% said government should prioritise energy efficiency, followed by supporting renewable electricity (32%) and decarbonising transport (31%).

The full findings from UK energy professionals are available here.

Enjoyed this article? Check out more of our energy policy articles here. Please drop us a line if you’d like to chat about any of the issues and themes covered or to find out more about our LED lighting technologies can help your business. 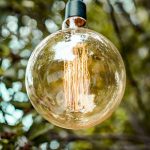 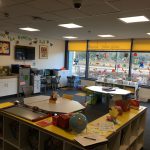