Energy efficiency should be top of every corporate agenda. But in today’s UK, this key priority is being undermined. At Energys, we’re convinced opaque Big 6 pricing strategies are hijacking the agenda, forcing a misguided focus on cost to the detriment of efficiency. Here’s why it all must change.

News we’ve seen this month confirms what every UK business should know. The Big 6 are failing to pass on energy wholesale price reductions.

The Guardian writes: ‘A coalition of poverty groups, industry experts and politicians have piled new pressure on the Big 6 energy suppliers to cut their bills, accusing them of ripping off customers at a time of steep falls in company wholesale costs.’

Reacting to pressure in late January, EON announced a 5.1% reduction in its standard gas price for residential customers. Overall, the energy suppliers argue warmer weather cuts into profit; they also claim to be struggling to finance and predict costs of the UK smart meter rollout.

In general, they claim they aren’t nearly as unreasonable as commentators suggest. Mainstream media reports largely focus on consumer costs, but businesses face similar challenges; many firms still can’t even interpret their energy bill properly, or discover whether price reductions are reaching them or not.

Underneath claim and counterclaim though, the real tragedy lies elsewhere. At Energys, we’ve realised this fundamental issue; Big 6 lack of transparency means businesses are transfixed by the costs hidden deep within complex energy bills.

This focus is worthless; companies should be seeking efficiency installations. Obsessing over external supplier costs has no value; in the final analysis, firms can’t meaningfully influence Big 6 prices anyway.

We advocate; get busy enabling cost saving energy efficiency measures you own and control, forget about struggling to track the ongoing media circus.

Such efficiency measures cut energy bills, green up our commercial sector and raise productivity, sustainability and happiness in the workplace and the boardroom.

The Energys explainer; why obsessing over bills comes a poor second to efficiency

By focusing on energy efficiency, not energy bills, firms can achieve a number of tangible, urgent benefits:

The whole debate boils down to this; deliver internal efficiency you can own, or waste time striving to understand and track what the Big 6 are up to.

While the BBC, Guardian, Ofgem and energy suppliers hurl accusations, businesses should just get on with seeking the best energy efficiency improvements they can.

By doing so, they step outside the murky world of uncertainty, and move into a brighter arena dominated by key efficiency metrics that deliver certainty on cost, better business and a more sustainable environment.

And by so doing, they might just set an example to the Big 6 suppliers too. 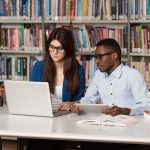 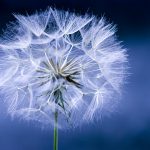