Two UK food processing sites have netted £46,500 of savings a year in energy costs, thanks to a turn-key project to convert its external and internal SON lighting to LED using retrofit technology from Energys Group.

Energy waste was increasingly becoming a problem at both sites: A key culprit was identified as the outdated SON lighting. Both internally and externally, the inefficiency of the old-style lamps was not only driving up energy use and CO2 emissions, but also inflating maintenance costs, with regular lamp replacement needed.

LED technology, with its low energy consumption and long lifespans, seemed like an obvious solution to the problem. However, complete replacement of the lighting, both outdoors and indoors, would have caused extensive disruption to production cycles. Instead, a retrofit solution was called for: LED lamp replacement in the existing SON fittings.

The customer selected Energys Group to carry out the upgrade. A leading specialist in ‘best in breed’ energy-saving technologies, Energys was able to not only provide its own New Vision range of LED replacement lamps, but also deliver a turnkey service that included hassle-free installation.

Supplied in a range of power outputs, the LEDs can be used to replace SONs of between 70W and 400W. In this way, the customer was able to ensure that it received good light quality at the desired brightness throughout its sites – but at a much higher efficiency. In fact, with an efficacy of up to 140 lumens per Watt and a typical lamp lifespan of 50,000 hours (MTBF), the LED replacements have been able to deliver significant savings.

As a result of the project, one of the sites has achieved £27,500 savings in annual energy bills, with a corresponding carbon reduction of 142 tonnes of CO2. The estimated payback period is just 18 months. At the other site, the payback period is even more impressive: the retrofit LED lighting will pay for itself in less than 9 months. This facility is now saving £19,000 a year on energy, with CO2 savings of 104 tonnes.

Kevin Cox, Managing Director of Energys Group, comments: “Metal halide and sodium SON lamps, used widely in industrial, are falling in popularity, due to their burden on both energy consumption and maintenance needs. At the same time, LED retrofit products are coming of age.”

He adds: “Combined, LED replacement of its SON lamps has netted a combined saving of more than £45,000 a year on energy, with extremely rapid payback periods achieved. This is because LED replacement can now provide good light quality, high efficiency, long lifespans – and, most importantly, a level of affordability that has previously been unseen.”

Councils must do more to manage light pollution, say campaigners 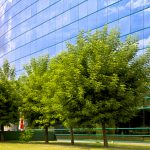