Installation of Energys Group’s New Vision range of LED lamps – which enable the retrofit conversion of external and internal sodium SON and metal halide lighting – has paid for itself in less than 12 months.

Across UK Government ministries and organisations, the pressure is on senior personnel to reduce costs in these economically-straitened times. There is also a growing awareness that these bodies need to be operating in a technologically efficient fashion that will have the least possible negative impact on the environment.

These impulses dovetail neatly with LED lighting, whose deployment in Government facilities has become increasingly commonplace over the last few years. The Ministry of Defence (MoD) is the latest organisation to undertake an upgrade, seeking reduced energy usage and maintenance costs through a Defence Infrastructure Organisation (DIO) initiative.

With multiple sites involved in the scheme, and an obvious need to minimise disruption, a retrofit solution represented the best way forward. Energys Group’s New Vision range of LED lamps was chosen for use wherever the existing lighting was suitable for retrofit. The range enables the retrofit conversion of existing metal halide and sodium SON fixtures.

“The decision to use Energys products was based primarily on their short payback period – the quicker the payback, the more likely the project was to be funded,” explains Kevin Cox, managing director of Energys Group.

A long-term leading specialist in energy-saving technologies, Energys provided a grand total of 5694 LED lamps to replace the outdated SONs. Highlighting the versatility and robustness of the Energys fixtures, the new lamps have been installed across multiple sites and environments, including street lighting, flood lighting, parking spaces (both indoors and outdoors), warehouses and hangars, and perimeter lighting.

The installation was carried out during the 2013/14 period as part of the hugely successful ‘Spend to Save’ energy programme administered by DIO.  It has proven to be one of considerable significance for Energys, as Cox observes: “To the best of our knowledge, this is the biggest single project of its kind conducted to date in the UK.”

Installed in a wide cross-section of industrial and corporate facilities, Energys’ LED lamps for retrofit applications range in power from 20W to 100W, and can be used to replace SONs ranging from 70W to 400W. The LED lamps deliver a remarkable performance with an efficacy of over 140 lm/W. They are also designed for durability, with integral cooling fans and advanced heat management systems that give a life expectancy in excess of 40,000 hours.

In addition, the lamp driver is fully isolated to ensure that there is very little risk of damage to the sensitive electronics as a result of moisture ingress – a particularly vital consideration given that many of the areas involved in the project are situated outdoors.

“The response to the completed installation has been extremely positive,” concludes Cox. “In line with the client requirements, the payback period has been very rapid – less than one year, in fact. But beyond that, they now have a lighting infrastructure that will deliver substantial energy savings year-after-year, and will require significantly less in the way of support and maintenance. It’s a real win-win.” 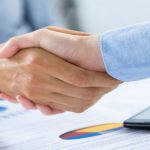