A new paper reveals global revenue for energy efficient retrofits in commercial buildings is estimated to exceed $100 billion (£0.74bn) by 2025.

The news is vastly impactful; on a global scale, buildings, both residential and commercial, are said to account for 37% to 45% of total final energy consumption.

At Energys, we’re proud to work at the pinnacle of low carbon tech. Alvin Chen, Research Analyst at Navigant Research, behind the report, said: “Worldwide, countries are making commitments to reduce greenhouse gas emissions to mitigate climate change. Energy efficiency retrofits will be a key component toward reducing existing energy consumption and reducing the need for new generation.”

“We know this to be true,” confirms Kevin Cox, Managing Director, Energys. “Our numerous successful case studies point to the worldwide revolution taking place. Yesterday’s building stock is being made more sustainable at unprecedented rates.”

Energys Group equipped Hyde Park Junior and Infant Schools in Plymouth with retrofit boiler optimisation technology in just a single half-day of work. The project is now predicted to save the schools 15% a year on their energy bills.

Moreover, 9.45 tonnes of carbon savings have been achieved, overall payback is estimated at 2.5 years.

320 tonnes of CO2 a year are being saved, as part of a major energy efficiency upgrade that will pay for itself in just over 2.5 years.

Retrofit to the future

“We’re immensely proud of our track record,” says Cox. “We know our technologies, are comprehensively fit for purpose, futureproof and timely to install. Across schools and hospitals, with the NHS or with private leisure centres, our role in the transition to a sustainable UK is central.” 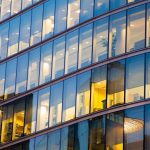 Plan to scrap DECs is itself on the scrap heap 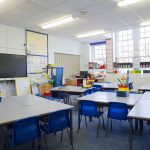