Just weeks ago, Boris Johnson set out his ambitious ten point plan for a green industrial revolution which will create and support up to 250,000 British jobs.

But according to the BBC, this climate plan won’t do enough to achieve his goal of curbing the country’s greenhouse emissions, a report says.

Analysis by Cambridge Econometrics has calculated that the UK will need to go further and faster to achieve its commitment of net zero emissions by mid-century.

The analysis was commissioned by the Prince of Wales Corporate Leaders Group, a network of business heads concerned about climate change. The business leaders’ letter states: “As the UK calls on other governments to set their own increased nationally determined contributions, it has a unique opportunity to catalyse action globally and lead the way for other countries to reflect this level of ambition.

“We hope you will announce an ambitious UK (target) before the end of the year.”

Eliot Whittington, director of the group, urged the government to go further in order to generate British jobs in “green” industries.

He told BBC News: “There’s a major problem with plans to decarbonise Britain’s buildings. It’s a huge challenge, but the government has only committed £1bn for next year. The scheme is barely off the ground, and one year doesn’t offer enough longevity to let industries get up and running.”

The UK has a legal target to cut greenhouse gases by 61 per cent by 2030 compared to 1990 levels, but Johnson is weighing up whether to increase the goal to 69 per cent, according to reports in the Financial Times, says Business Green.

Such a move would intensify the challenge faced by so-called hard-to-abate sectors of the UK economy, and would require significant policy intervention and investment to slash emissions from home heating, major industry and heavy transport.

More than 75 major businesses in the UK urged the PM to substantially enhance the existing 2030 emissions reduction target in order to align it with the country’s net zero goal, in a letter backed by the bosses of Heathrow Airport, Unilever, Coca-Cola, BT and Tesco.

The UK Green Building Council (UKGBC) has published new guidance which examines how current barriers to the delivery of net zero carbon buildings can be overcome.

The guidance is intended to help developers and project teams identify and respond to likely 17 likely barriers (grouped by RIBA stage) to delivering net zero carbon buildings, and categorises the opportunities to address them against four themes.

Stakeholder engagement and innovation are also earmarked as ways of capitalising on new processes, mechanisms and technologies to achieve net zero buildings.

“We are firmly in favour of this wide-scale drive to achieve net zero buildings,” comments Kevin Cox, our Managing Director of Energys Group. “Such buildings require world class energy efficiency solutions, combined with the best materials and building practices, to bring down the vast environmental footprint buildings today create.”

Net Zero Champion on the cards

This month we also welcome a new face to the low carbon arena. Andrew Griffith MP is the UK’s new Net Zero Business Champion. He will support the country’s business community to make credible plans to net zero by 2050 or earlier.

The Government says with the UK committed to build back greener from the Coronavirus pandemic and with only one year to go until the COP26 summit is held in Glasgow, the role of the Net Zero Business Champion has “never been more crucial”.

After what for most has been a very trying 2020, some good news; reaching a UK net zero target could be cheaper than we thought, said a noted climate adviser in November.

Chris Stark, the chief executive of the Committee on Climate Change, the UK’s independent statutory adviser, said costs had come down rapidly in recent years, and past estimates that moving to a low carbon economy would cut trillions from GDP were wrong.

“I don’t particularly see problems [in decarbonising the economy] – what I see is an absence of a plan,” he told the Guardian.

“We have to get to the point by about the start of the next decade where all new investments, every new car, every new van, every new boiler, every new bit of plant and machinery for a business – that needs to be zero carbon by then, or at least have a plan in place to become zero carbon. The biggest challenge that I see at the moment is that we haven’t got a plan that looks anything like that for the UK at the moment.” 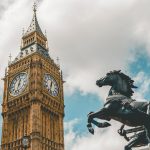 As the UK shapes up to a New Year and a new lockdown, what's on the horizon for low carbon? 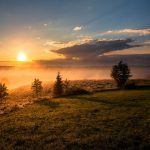