This month The Energyst writes that energy efficiency remains the bedrock of the UK’s low carbon industry, according to the latest government data from the Low Carbon and Renewable Energy Survey.

The ONS said the sector’s turnover was £44.5bn in 2017, employing 209,500 people. Of those, two thirds worked in the energy efficiency sub-sector, and were responsible for almost half of turnover (£20.7bn).

We see believe this positive news confirms the essential role energy efficiency provides, not only in powering the UK’s transition to low carbon, but also in driving our economy.

Meanwhile, Business Green reports that a series of innovative technologies designed to cut Britain’s industrial energy use have been awarded a total of £2.7m of government funding.

The IEEA programme, which is managed by the Carbon Trust, aims to promote new technologies to help carbon intensive British industries such as cement, steel, and other manufacturing sectors cut their energy use. It is hoped the technologies will help reduce industrial carbon emissions, which account for a fifth of the UK’s total annual emissions.

The £2.7m in government funding will help leverage £3m of additional private sector investment, the Carbon Trust has estimated.

“Technology innovation can play an important role in helping UK industry to cut energy use, which not only brings a competitive advantage, but also reduces carbon emissions,” said Paul Huggins, Director of Innovation at the Carbon Trust.

Mission Possible: Achieving a sustainable future for the PUBLIC SECTOR

EDIE has released its latest insight report, offering a comprehensive overview of the steps that organisations within Britain’s public sector can take to achieve a sustainable future, today.

Among them, energy efficiency is high on the list. ‘With the public sector spending more than £2.5bn annually on energy consumption in England alone, it is unsurprising that most organisations in this field have turned to energy efficiency in order to reduce their bills and carbon footprint simultaneously,’ EDIE explains.

‘Indeed, this focus has seen public sector emissions drop by one third against a 2009-10 baseline, leading the Government to set a more ambitious set of targets.’

Most public sector organisations are ahead of the curve in this space, EDIE’s report concludes. 87% of the Mission Possible survey respondents said that energy efficiency upgrades in existing buildings was a ‘significant’ or ‘business critical’ priority, with 59% categorising ‘net zero’ designs for future projects as equally important.

A new report published by the Office for National Statistics (ONS) defines emissions intensity as the volume of greenhouse gases produced per unit of economic output; this has fallen by 52% in the UK since 1997.

Between 2016 and 2017, around 85% of industries reduced their greenhouse gas emissions intensity; the greatest reduction was in the energy supply sector, which fell by 7%, from 3.5 to 3.2 thousand tonnes of carbon dioxide equivalent per million pounds of value added.

Between 1997 and 2017, the energy supply sector had a reduction of 46% in carbon dioxide emissions intensity.

All in all – this news is much welcomed and this is a positive news to end on!

Enjoyed this article? Check out more of our energy policy articles here. Please drop us a line if you’d like to chat about any of the issues and themes we’ve covered or to find out more about how our variety of energy efficient technologies can help your business. 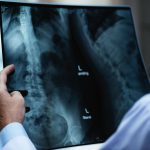 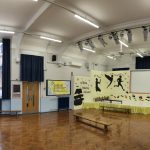