The Government has laid out its ‘Visions for a Net Zero Future,’ joining academics, business, civil society and citizens to look at the innovations and approaches that could deliver a greener, carbon-neutral society.

The project will develop several visions, each focusing on a different region around the world – the UK, Jamaica, Brazil, Kenya, United Arab Emirates, Saudi Arabia and India.

“The COP26 visions will help to encourage bold climate commitments as well as action, as we move towards a climate resilient, Net Zero future.”

But many reports this month question the UK’s internal pace of change, with The Independent noting Labour accused the Government of again delaying a long-awaited review for Net Zero emissions by 2050. This roadmap had been promised last year.

And; “The journey to Net Zero is very far from half done,” Chris Stark, chief executive of the UK’s independent Climate Change Committee (CCC), told a press briefing last month. Lord Deben, the Conservative peer who chairs the CCC, added;

“There’s no doubt at all that the follow on from agreeing to Net Zero by 2050 has been, in policy terms, really very good, and sets a major example. The trouble is – the action,” he said. “The delivery has just not been there.”

Here at Energys Group, we’re urging greater clarity and consistency as we seek urgent solutions to the pace of the Net Zero transition required.

The UK is set to end coal use to generate electricity from October 2024, the Government has confirmed.

The i says the move brings forward the planned phase-out of coal in the National Grid by a year, from a previously pledged date of October 2025 first agreed in 2017.

Industry body Energy UK’s chief executive Emma Pinchbeck said: “As we face the challenge of cutting emissions across the whole economy, the experience of the power sector shows that, with a clear direction and the right policies in place, we’ve been able to change quicker than anyone believed possible.

“What we need now is support for the rapid growth of renewables, and secure investment in other low carbon sources to replace fossil fuels.”

Kevin Cox, Energys Group’s Managing Director, responded: “It’s remarkable after all these years to finally imagine the UK shift 100% from coal. Energy efficiency has played a vital role enabling this. We welcome Emma Pinchbeck’s words and see our efficiency expertise as essential among the key low carbon alternatives she earmarks.”

The Energy Saving Trust (EST) writes that the UK will need to waste less and reduce its reliance on carbon-intensity, using more and more energy efficient buildings to reach Net Zero.

Citing The CCC’s Net Zero route map, it argues; ‘Buildings will become more energy efficient,’ while ‘Production of electricity in the UK will be zero carbon by 2035.’

EST says today’s level of ambition is clear, but it will require commitment from individuals, businesses and communities to drastically reduce emissions from our homes, energy and industry.

It also demands clear signals to the market through long-term policy commitments that support Net Zero, a position Energys wholeheartedly agrees with.

The UK’s overall electricity grid is at a ‘critical point’ and needs upgrading to support the electrification of public and private transport and the decarbonisation of heating buildings.

A £5 billion upgrade plan between 2023 and 2028 will see hundreds of miles of cables laid or reinforced and more than 700 substations upgraded.

“We agree new electricity infrastructure in the UK will be vital to both energy efficiency, smart energy and indeed decarbonising how buildings are heated through existing energy efficiency measures and beyond,” comments Kevin Cox.

“Energy efficiency will change as smarter systems become more common. We are ready for that change, but is UK infrastructure?”

Finally this month, Mortgage Finance Gazette reveals that commercial lender Hodge has found environmental friendliness and energy efficiency were up there with rental yield and opportunity for capital growth as the top investment priorities when it quizzed property landlords, investors and brokers.

“It’s clear that sustainability will feature more and more in new build development design, and more stringent compliance to EPC, and an investment strategy more closely aligned to sustainability could actually improve cash flows in the longer term, as tenants might be prepared to pay higher rents, in exchange for lower utility costs.” Andy Button, head of investment finance at Hodge, explained.

“Our research suggests that investors are very much alive to the longer term benefits that having sustainability credentials in a portfolio can afford.”

Kevin Cox responds: “We at Energys are seeing vast interest in the role of energy efficiency across the commercial rental sector, public sector and indeed within the investment space. Commercial property and portfolios are changing fast as decarbonisation redefines how the UK’s buildings use energy.” 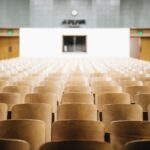 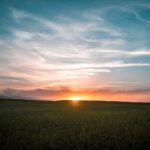