The word on everyone’s lips this month is ‘Code Red’. A landmark report, by the Intergovernmental Panel on Climate Change (IPPC), gave the most detailed and alarming projections yet on how climate change is damaging the planet. The study was agreed by 195 countries; it will put pressure on governments to finally commit to decisive action to stop catastrophic warming of the earth at the COP26 climate change summit in November in Glasgow. There is hope, however. The UN Secretary-General António Guterres said: “Today’s report is a Code Red for humanity. The alarm bells are deafening, and the evidence is irrefutable. If we combine forces now, we can avert climate catastrophe. But…there is no time for delay and no room for excuses.”

At the same time, the proportion of the energy mix accounted for by renewables reached a record 43.1%. BEIS has stated that 2020 marked the first time that proportional growth of renewables outpaced that of fossil fuels. When nuclear and other low carbon energies are added, 59.3% of the generation mix is accounted for.

But despite strong signals on low carbon energy, groups are warning the Government is not doing enough to prevent fossil fuel demand from rebounding rapidly to pre-pandemic levels.

“This is why we must ensure that energy efficiency remains a key component of the UK’s low carbon transition both into Net Zero, but also out of the pandemic,” comments Kevin Cox, CEO here at Energys Group.

“It’s essential that the impacts of the pandemic on energy usage are learned, and that we don’t simply return to business as normal. We need a brave new mix of lower carbon energy and lower carbon efficiency tech.”

The Government’s new Bill on driving energy efficiency in rented homes and the commercial buildings sector has been introduced to Parliament.

It is seen as vital for Net Zero and energy efficiency, to spur greater investment by industry. Crucially, should it become law, homes should be EPC band C by 2035 where practicable, cost effective and affordable plus mortgage lenders should ensure an EPC band C average for their portfolios by 2030.

Non-domestic commercial lettings are to achieve EPC band B by 2030, raising the game on commercial sector energy efficiency.

Free and fair trade can support the low carbon transition

A new Government paper argues that free trade and the free market play a key role in accelerating the global transition to a low carbon economy.

The paper is a tacit signal the Government wants to up the ante on low carbon tech exports pre COP26, mobilising the country’s decarbonisation sector globally.

It recommends the UK leverages its trade agenda to speed up the global green transition by promoting green exports and technology overseas, using the UK’s independent trade policy to reduce barriers to green trade and tackling environmentally damaging market distortions.

Experts predict the UK’s low carbon economy could grow by 11% per year between 2015 and 2030, some four times faster than the rest of the economy.

Finally this month, in a set of unusual stories, mainstream broadsheets including The Mail report Britain’s target of reducing emissions to Net Zero by 2050 is ‘too far away’ and urgent action must be taken to stop global temperature increases by 2030, Boris Johnson’s climate change spokeswoman has claimed.

Allegra Stratton said the ‘science is clear’ that the country must change its carbon emission output ‘right now’ and called for faster action as the UK prepares for the COP26 summit.

The Mail is not well known for its coverage of environmental issues, and whilst its story remains partisan, it does prove the extent to which Net Zero is cutting into the UK mainstream political agenda.

“In some ways, any news is good news,” comments Kevin Cox. “I don’t necessarily mind how the low carbon and Net Zero agenda is hastened as long as the action we require takes place at both commercial and Governmental level.” 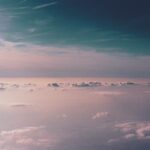 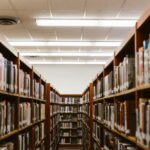