This month, in the midst of COP26, we’re tracing the progress to Net Zero as the world’s top climate conference fights to mitigate temperature rise.

COP26. The word on everyone’s lips. As this global climate summit continues, opinion remains mixed as to the conference’s chances for success. Reuters notes that a host of smaller achievements rather than one overarching top level win may be the key.

For this news outlet at least, it seems COP26 will almost certainly not deliver enough pledges to put the world firmly on course for 1.5C. But others believe 1.5C may still be on the cards, following India’s Net Zero pledge and movement on finance.

Deforestation pledges, and a COP26 promise on finance are now in place. Hundreds of the world’s biggest banks and pension funds with assets worth $130tn have committed themselves to a key goal in limiting greenhouse gas emissions.

The finance pledge, known as the Glasgow Financial Alliance for Net Zero (GFANZ), will mean that by 2050 all of the assets under management by the institutions involved will be aligned with Net Zero emissions. Economists have estimated that about $100tn in investment is likely to be needed in the next three decades to meet the Net Zero goal, so in theory GFANZ will provide more than enough cash.

“As COP26 goes on, I feel a sense of hope mixed with concern,” comments Kevin Cox, Managing Director of Energys Group. Boris Johnson said he was “cautiously optimistic” about reaching a deal to keep the 1.5C target on track.

“Truthfully, it may be too much to expect all the top-level goals of the conference to be realised. I think this is more about getting the financial drivers in place to hasten low carbon, decarbonisation, Net Zero and the race for new tech that will keep temperature rise down,” comments Kevin Cox.

“There is a vast amount to do and for many the sense will be the pace is too slow. But promises on Net Zero are now there, from the likes of India, even if not to the schedule we would desire.

“Business and governments must now drive the policy agenda hard and find the green money to put the options in place to rapidly decarbonise every aspect of global business and society.”

A crucial paper from The University of Manchester offers a detailed analysis of the potential for lower energy service demands and higher energy efficiency.

The researchers have demonstrated the possibilities of reducing energy demand in every sector by modelling five activities – food and agriculture, transport, residential buildings, non-domestic buildings and industry/products.

Each model incorporated possible social changes and energy efficiency strategies. The evidence and recommendations in the report show that cutting energy use has the potential to deliver half of the cuts in emissions the UK needs to make by 2050.

“This paper proves what Energys Group has said for some time, it is essential to reduce energy usage rather than seeking to find cleaner ways to create energy.

“These will be part of the solution, but it’s simpler to cut energy demand than it is to find greener ways to deliver it,” comments Kevin Cox.

Finally this month, whilst COP26 hits the headlines, the Budget has also been announced. Carbon Brief went through the speech, and here’s what it had to say…

Chancellor Rishi Sunak did not use the word “climate” at all in his speech, which stretched to more than an hour. He waited until the second half of his speech to mention Net Zero and used the phrase only twice. Mr Sunak also used the word “green” six times.

However, the Red Book itself details a spending package, along with bold action on regulation and green finance, that will keep the UK on track for its carbon budgets and 2030 Nationally Determined Contribution, and support the pathway to Net Zero by 2050. 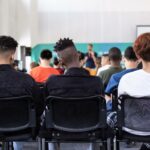 Schools & Academies Show 2021: Can we help with your Net Zero journey?

The Energys December Horizon Scan; sustainability in action during the Xmas lead in