The Chancellor didn’t mention energy efficiency in his actual speech, but behind the scenes there’s evidently been some considerable focus.

Among this year’s Red Book measures are an Industrial Energy Transformation Fund and a new Business Energy Efficiency Scheme.

‘As part of the Industrial Strategy, the government will establish an Industrial Energy Transformation Fund, backed by up to £315 million of investment, to support businesses with high energy use to transition to a low carbon future and to cut their bills through increased energy efficiency,’ read the proposals.

Further; the government will issue a call for evidence on introducing a new Business Energy Efficiency Scheme, focused on smaller businesses.

Over time, this scheme will reduce business energy bills and carbon emissions. The call for evidence will seek views on a range of possible delivery options.

Plainly this is all good news for the low carbon transformation. That said, there have been a number of measures aimed at building efficiency in recent years, and a number of funds, but once announced many seem slow to actually make it out of the starting blocks.

“It is important that once announced, measures don’t linger on the backburner. We need them to actually kick in and catalyse sustainable change.”

Also this month, Energy UK asked the government to remove VAT from energy bills and energy efficiency measures after Brexit.

The trade body is also calling on the government to launch a new National Energy Efficiency Programme.

Chief Executive Lawrence Slade said: “We are calling on the chancellor to help energy customers with measures which will help reduce their bills and ensure that the continuing drive to reduce emissions across the whole economy comes at the least cost to households and businesses.

“Almost 80 per cent of the cost of an average energy bill is outside suppliers’ direct control and with wholesale prices continuing to rise significantly, a National Energy Efficiency Programme would be the most effective way of keeping bills down in the face of such increases.”

“Improving insulation of buildings could have a drastic impact on emissions; we need to invest now to find the best approaches,” he added.

Advisers have called for over £3.8bn of spending before 2030 on upgrading Britain’s drafty housing stock and developing new low carbon heating systems.

“Energy efficiency is always the finest investment option; the money you don’t spend on energy saved is by far the greatest metric for benefit,” comments Kevin Cox.

We hoped you enjoyed this article? Check out more of our energy policy posts here. Please drop us a line if you’d like to chat about any of the issues and themes we’ve covered. 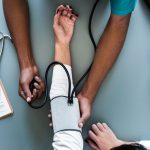 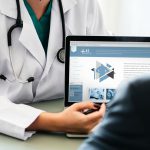